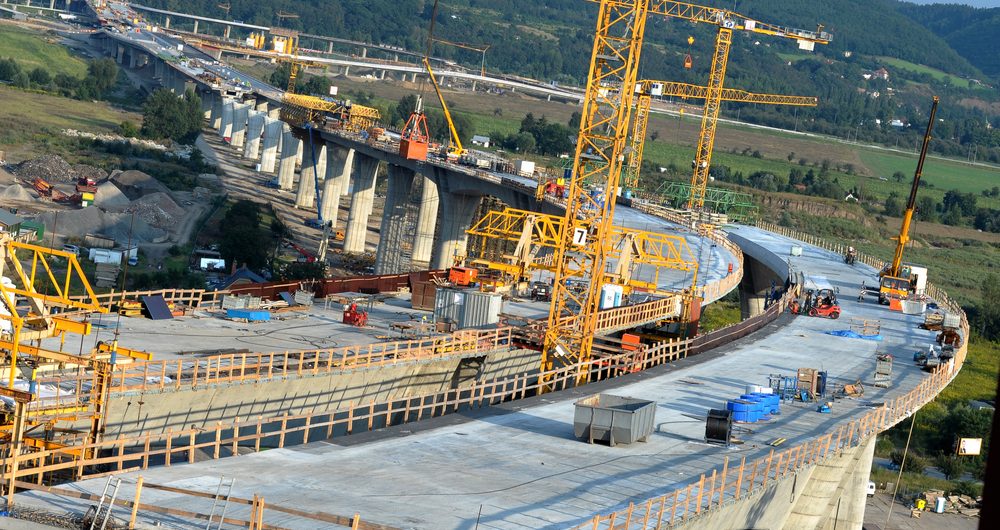 It’s no secret that the infrastructure of the United States has been lagging for decades. In last week’s presidential debate, both candidates equally lamented the sorry state of the country’s infrastructure as they sparred on stage, with Republican presidential candidate Donald J. Trump comparing it to what would be found in a “third-world” country. Even Vice President Joe Biden, in 2014, used the exact same phrasing to describe LaGuardia Airport in New York, adding with a serious face, “I’m not joking,” as the crowd laughed at what it first thought was a blunt jest. Former Secretary of State Hillary Clinton, in turn, has called for new investments in roads, bridges, and other areas. With both presidential candidates calling for a renewed focus on infrastructure, a question arises: Why has nothing been done about it?

The answer isn’t easy. How to fund any new infrastructure programs is a complex one – it’s done through an arcane gas tax that hasn’t been raised in decades – and the bulk of the funding now comes from bond issuances from state governments. Raising taxes is never popular, especially on essential goods like gasoline, which means that Congress has little incentive to pass any legislation doing so – especially during a time of deep and bitter polarization in the nation’s politics.

With that being said, the infrastructure funding system needs to be completely re-altered in a way that doesn’t pinch the economy further, since raising the gas tax would mostly hurt lower and middle-income families. A few different ideas have been tossed around, but two plausible ones that have been presented include closing loopholes for companies storing cash in offshore tax havens and decreasing wasteful defense spending from the Pentagon. The money saved could easily be diverted into a new funding mechanism for a comprehensive infrastructure bill.

Political gridlock in Congress has also nixed any chance of bills with significant infrastructure funding in the past. Even with fairly bipartisan appeal, only minor bills have passed – the last one passed in 2015 with an 83-16 vote in the Senate. The reluctance to bring more votes to the floor has made it difficult to make further progress. Last year’s bill was a small step, though; it only provided $305 billion worth of funding over five years, and most of it was exclusively for transportation.

Think that’s a high number? The American Society of Civil Engineers released a report card in 2013 that calls for investments of at least $3.6 trillion by 2020, or almost ten times what Congress provided. The report paints a grim picture of the structural integrity and efficiency of our national systems, with areas like levees and inland waterways receiving “D-“ ratings and airports receiving a “D”. No area of the nation’s infrastructure ranked higher than a “B-“, and the overall infrastructure score was a “D+”, which indicates a “Poor” rating bordering on failure.

The bottom line is that Congress has failed spectacularly over the last decade to provide the funding necessary for America’s infrastructure to compete on a global scale. Our bridges and levees are crumbling; our airports are cramped, dirty, and lack amenities and conveniences commonly found in international ones; our energy systems are decades old. In the World Economic Forum’s 2014-2015 ranking of countries with the best infrastructure, the United States didn’t even breach the top 10. The country desperately needs a new infrastructure program, one that invests the trillions required to catapult the U.S. back into a leadership position. Without strong infrastructure, the U.S. will be left vulnerable to the rising effects of climate change, natural disasters, cyberattacks, traffic congestion, power shortages, and a competitive global environment that will increasingly improve its systemic advantages.
The presidential election has brought infrastructure back to the forefront of American politics from it has been buried for the last decade. It represents the opportunity to create millions of new jobs while simultaneously repairing essential utilities in the United States’ most important structural systems. With both presidential candidates advocating for the issue, it’s only a matter of time before the political will emerges to follow through.