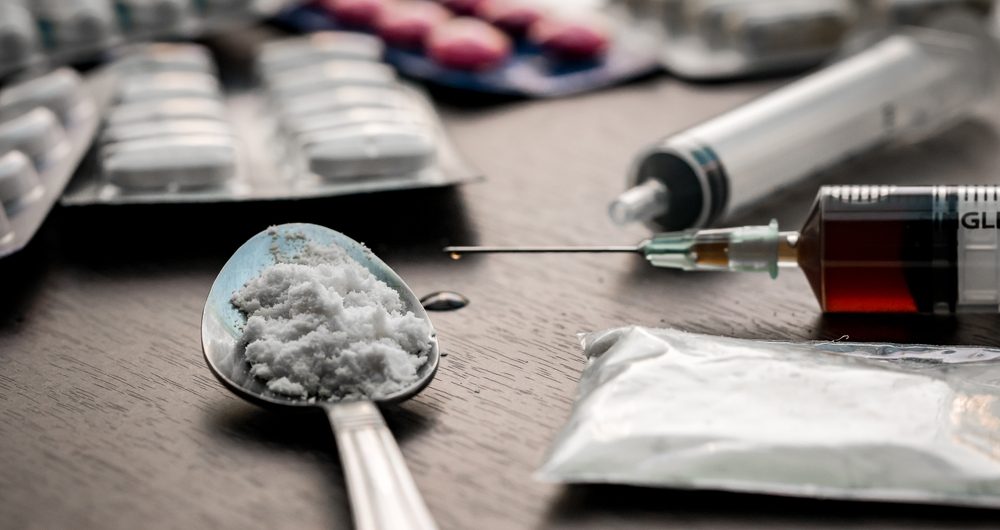 With Election Day receding into the history books and the Thanksgiving turkey, seasoned with a dose of political discourse, fully digested, it is time to put down politics and reason with the issues that the next administration must address. One serious public-policy issue that Washington must solve is the ongoing, yet often unacknowledged, opioid crisis.

This past summer, I attended a conference that convened health experts, policy coordinators, and community stakeholders to discuss potential policy solutions to the opioid crisis raging throughout the country. Public Health Management Corporation President Richard J. Cohen, a national leader in the public health arena, spelled out a harmless anecdote to begin the conference.

Dr. Cohen mused over the times he had heard about the dangers of opioid addiction in the news. He told the audience that he had only heard about the perils of opioids once. “It was in a commercial at 5:30 in the morning,” Cohen told the audience. In the side-effects run-down of a prescription opioid advertisement, the commercial warned consumers that opioid-use can trigger diarrhea.

This anecdote solicited laughter from the audience, but Dr. Cohen did not mean to joke-around. “This is an acute, yet upsetting, representation of the public awareness surrounding an epidemic that plagues our nation,” Dr. Cohen said.

The opioid crisis that runs rampant across the United States should come as a horror to every American. More people die each year from an opioid overdose than by being at the wrong end of a gun. In 2014, 18,893 people died from prescription opioid overdose compared to 10,945 people who died due to gun violence. Nevertheless, gun violence is broadcasted across nightly news headlines, while the danger of opioid addiction is relegated to commercials aired a five o’clock in the morning to warn of diarrhea.

Opioids are prescription pain relievers – such as oxycodone, hydrocodone, codeine, morphine, and fentanyl – that produce pleasurable effects in the nervous system and relieve pain. Today, doctors prescribe these pain relievers on a whim. Enough opioid prescriptions have been filled for every American adult to possess at least one bottle of painkillers.

What makes the opioid crisis so difficult to combat is the spanning demographic that the epidemic inflicts its horror upon. The opioid crisis affects your uncle who just broke his arm after falling at the job-site; your high school quarterback that just shattered his leg after a brutal tackle last Saturday; your sister who just had an operation to remove her wisdom teeth. The opioid crisis affects a demographic that we are not usually accustomed to having to help with such problems, making it harder for those who need help to ask for it.

Compounding the issue, opioid addiction often leads to heroin addiction, claiming another 10,000 vulnerable lives each year. Once an addict’s prescription runs out, or once purchasing illicit opioids from the street becomes too expensive, addicts turn to a cheaper alternative: heroin. A study that surveyed 2,800 heroin addicts found that 75.2 percent of them were introduced to heroin through prescription opioids. The heroin high is so powerful that after their first use, addicts “chase the high,” each subsequent use. Unable to reach the power of their first high, addicts abuse heroin until they can no longer breath and their heart fails.

While the breadth of this pandemic is intrinsically disturbing, it marks a monumental turning point in American history, with an eerie undertone. The opioid crisis has led the federal government to understand addiction as a national health concern, rather than a national crime epidemic. After Congress passed a spending measure in an effort to tackle the crisis, Ohio Sen. Rob Portman acknowledged the unusual circumstances attached to the epidemic. “This is the first time that we’ve treated addiction like the disease that it is, which will help put an end to the stigma that has surrounded addiction for too long,” he said.

Such a pronouncement from the Republican Senator is promising, yet it evokes a darker history, one filled with drugs, crime, and incarceration.

In 1968, Republican Presidential nominee Richard Nixon – mirroring the Dixiecrats’ and Barry Goldwater’s politics – guided white, working-class Southern Democrats towards the Republican Party. With the Southern white working-class perturbed by the social order being turned on its head after the 1964 Civil Rights Act, Nixon rallied his newfound base, what he coined the “silent majority,” behind a racially-veiled call for “law and order.” Nixon’s call for law and order, as per Nixon, came to unfurl itself into a “total war against public enemy number one in the United States, the problem of dangerous drugs.”

Racially-veiled in rhetoric, Nixon’s purpose for campaigning on “law and order” was explicit. Nixon’s Chief Domestic Adviser John Ehrlichman remarked, “The Nixon campaign in 1968, and the Nixon White House after that, had two enemies: the antiwar left and black people. You understand what I’m saying? We knew we couldn’t make it illegal to be either against the war or black, but by getting the public to associate the hippies with the marijuana and blacks with heroin, and then criminalizing both heavily, we could disrupt those communities.”

During Nixon’s tenure in the Oval Office, addiction was overtly used as a sinister political ploy to embolden Southern support, sparking disarray in vulnerable black communities. Under Nixon, a social war against drugs was created, but it was only beginning to ensue.

President Ronald Reagan continued Nixon’s narrative. In a broadcast to the American people as “concerned neighbors,” President Ronald Reagan and First Lady Nancy Reagan warned Americans that “drugs are menacing our society, they are threatening our values and undercutting our institutions.” Yet, instead of treating those who suffered the crippling effects of drug abuse, Reagan reinforced Nixon’s creed that acknowledged addiction as a crime. “We have made much progress,” Reagan announced, “by next year, our spending for drug law enforcement will have more than tripled. Last year alone, over 10,000 drug criminals were convicted and nearly $250 million of their assets were seized.”

But President Reagan’s “progress” did little to solve the drug epidemic that wreaked havoc across the nation. Instead, Reagan’s “progress” only escalated the war against drugs and gave rise to a period of mass incarceration. During Reagan’s Presidency, the American prison population doubled, and more ominously, the drug related arrest rate of the black population more than doubled, while the arrest rates of whites stayed stagnant.

Yet, the criminalization rather than the treatment of drug addiction has not been partisan. President Bill Clinton followed his Republican predecessor’s footsteps and empowered the justice system to combat low-level drug offenses more deliberatively. Clinton passed the Violent Crime and Law Enforcement Act in 1994 that authorized a “three-strike” provision, which mandated life-sentences following two prior convictions, including drug crimes. Again, the black prison population went soaring.

So, why is the federal government finally choosing to treat addiction as a health crisis and not a crime epidemic? What has sparked such a monumental shift? Race could be playing a role. Where addiction was more predominant in the black community than in the white community in the past, as attested to by Nixon’s Chief Domestic Adviser John Ehrlichman, addiction is now overwhelming impacting white communities across the United States. According to a recent study, 90 percent of heroin users are white and 75 percent of users are located outside of cities. The current addiction crisis is damaging the same communities that President Nixon sought to politically entice into the republican fold in 1968 at the expense of black communities. The addiction crisis, which has been persistent throughout time, has ultimately reversed itself, from a racial point-of-view.

This reversal of policy posture also comes at a peculiar time in American history. More middle-aged whites are dying than at any point in our nation’s history. Detailing the rising death rates of the white population, The New York Times found that “the mortality rate for whites 45 to 54 years old with no more than a high school education increased by 134 deaths per 100,000 people from 1999 to 2014.” The New York Times claims that white, middle-aged Americans are the only demographic in a developed country where death rates are rising instead of falling.

Considering the horrifying impact that the opioid crisis has imparted upon the white population in the United States coupled with the timeliness of the federal government’s newfound posture concerning drug addiction, it seems hauntingly accurate that Washington is reversing its past racial biases to protect white America.

Yet, whether this racial diagnosis is true, the federal government’s shift in understanding drug addiction as a health problem rather than a crime problem is monumentally important. As PHMC President Cohen said at the conference this summer, “Drug addiction must be treated like the disease that it is.” Washington has begun to act accordingly. This past February, President Obama urged Congress to adopt a measure to address the issue, and in July the Senate passed a bill allocating funding in the budget to addiction treatment and recovery services. The perceptional reform has been sweeping in Washington.

Nevertheless, the expanded resources allotted to addicts are certainly not indicative of an end to the crisis. At this past summer’s conference on the opioid crisis, community stakeholders advocated for the expanded availability of Naloxone, a drug that blocks or reverses the life-threatening effects of overdose. But more importantly, speakers stressed the pertinence for heightened public awareness. The onus is on the public and medical professionals to become educated about the issue. It is critical that medical professionals understand the dangers that stem from prescribing unnecessary opioids; and when opioids are deemed necessary, doctors must educate their patients about the risk they take by using them.

Addiction has been a historically controversial and highly debated American problem. Although veiled in a disheartening past, addiction is beginning to be treated as the disease that it is rather than a crime that it is not. While we still have a long road ahead to support the tens of thousands of Americans whose lives are in danger, it is encouraging that our lawmakers are beginning to right their past wrongs.