Strict Standards: Declaration of Custom_Menu_Wizard_Sorter::walk() should be compatible with Walker::walk($elements, $max_depth, ...$args) in /home/s2ncq8pxua8t/public_html/wp-content/plugins/custom-menu-wizard/include/class.sorter.php on line 0
 The Utility of Trigger Warnings in College Classrooms – FORDHAM POLITICAL REVIEW
Skip to content
Latest News
The Virginia Governor’s Race and What it Means for the 2022 Midterm Elections
Kyle Rittenhouse’s Sixth Charge
Looking Back as President Biden Confirms 2024 Run for Re-election
Bill Cosby Trial and the Definition of Consent
The Trial You Didn’t Know Was Happening 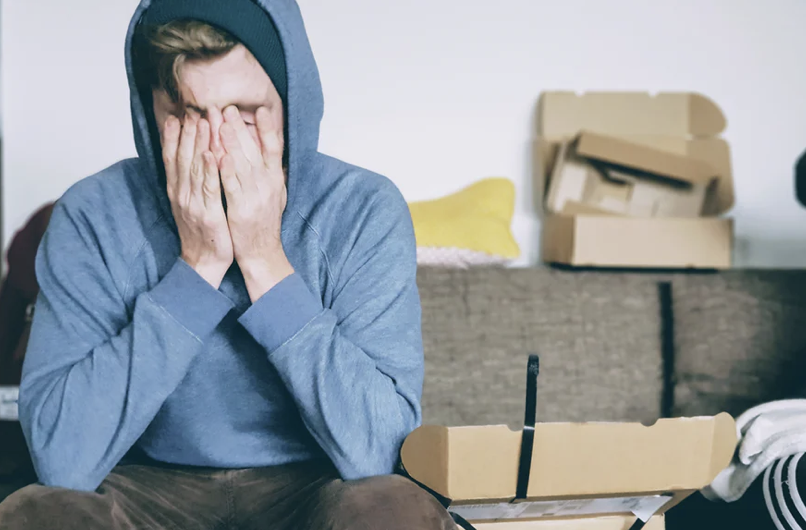 The phrase ‘trigger warning’ is one that has become a buzzword in debates surrounding higher education throughout the past decade. The use of these warnings in the context of college classrooms has become highly controversial and is often pointed to as an example of the dangers of “political correctness”. However, there does not seem to be consensus on the general purpose or utility of trigger warnings. This is likely due to a lack of empirical research on the use of these warnings in classrooms, contributing significantly to the controversy and politicization of the concept.

The idea of ‘triggers’ has developed in tandem with advances in the psychological understanding of Post-Traumatic Stress Disorder (PTSD), dating back to the late 1800s. Commonly understood through the example of veterans returning from war, triggers are identified as any stimulus that serves as a reminder of an individual’s trauma, consequently causing a PTS reaction, such as a panic attack or other psychological and physiological symptoms. In the 1970s, when PTSD was officially codified as a psychological condition following the effects of the Vietnam War, trigger warnings emerged as a way to warn consumers of media of the common triggers found within, such as physical violence, sexual violence, suicide, substance abuse, racism, or child abuse.

Despite the focal utilization of trigger warnings initially, the use primarily took off in online feminist forums in the early 2000s, as a way to warn readers of graphic descriptions of rape, self-harm, or other potentially distressing material. One of the goals of using trigger warnings in this context was not only to aid the mental health of readers but to give power and control back to survivors so that they could make personal decisions regarding their engagement with potentially triggering material.

Today, the discussion surrounding trigger warnings has changed. Many argue trigger warnings encourage students and professors to avoid addressing challenging or disturbing topics in classes, despite the importance of examining such topics in an academic context. Those against the use of trigger warnings often assert that trigger warnings stifle academic debate for the sake of ‘political correctness’ leaving students unequipped to enter the workforce and lead to a generation of sheltered, overly sensitive adults, or ‘snowflakes’.

While this argument is largely subjective and opinion-based, recent studies have been used by those against the use of trigger warnings to underscore not only that trigger warnings are unnecessary, but that they fail to achieve their purported purpose of alleviating stress on student’s mental health. In some cases, trigger warnings have actually done further harm to the mental health of students. In the article, “The Data Is In- Trigger Warnings Don’t Work”, published in the Chronicle of Higher Education, authors Amna Khalid and Jeffery Aaron Snyder reference 17 recent studies on the topic, reviewed in the Clinical Psychological Science Journal. The data from these studies, as analyzed by Khalid and Snyder, demonstrate that trigger warnings were not found to help trauma survivors, even when warning about content similar to the survivors’ trauma. Additionally, trigger warnings were found to increase anxiety in survivors with severe PTSD, as it caused them to view their trauma as more central to their identity. Trigger warnings were found to not significantly decrease the psychological or physiological effects of triggering stimulus and did not prevent or decrease intrusive thoughts, a common symptom of PTSD, for people with or without a PTSD diagnosis.

According to the American Psychological Association, research suggests that trigger warnings can help reduce negative intrusion symptoms. Intrusive thoughts tend to be more distressing when unpredicted or forewarned in people who suffer from PTSD, than if the person intentionally thinks about their trauma. However, the APA notes that only 10% of people develop symptoms of PTSD despite the fact that most people experience trauma at one point in their life. Consequently, few students are diagnosed with the PTSD-based intrusion symptoms that trigger warnings are designed to prevent, alluding to their lack of utility in classrooms.

What these studies and their data fail to elaborate on is the usefulness of trigger warnings for students who are not diagnosed with PTSD. A majority of the research surrounding trigger warnings centers around their use for people with PTSD. While trigger warnings were developed in the first place to accommodate those with PTSD, the data does not represent those without PTSD who can still experience negative psychological and even physiological symptoms from triggering stimuli, often related to other mental health issues like general anxiety disorder. It is important to note that such a response to triggering stimuli is not simply ‘discomfort’ that most people would feel when consuming disturbing content, as many opponents to trigger warnings claim, but rather a physical response that impacts learning and cognitive functioning.

This is a crucial point for supporters of the use of trigger warnings as they point to research that demonstrates the direct negative impact that intrusive and panic symptoms have on a student’s ability to focus, learn, and, consequently, succeed academically. In the article, “Trigger Warnings: From Panic to Data” published in the Journal of Legal Education, authors Francesa Laguardia, Venezia Michalsen, and Holly Rider argue that a ‘triggered’ response of a student to class material not only puts the student under tremendous mental distress but disengages them from the content, making it harder for them to participate and succeed in class. Trigger warnings, while not a solution, can allow the student to regain some control over their mental health and discuss with their professor the ways in which they can either mentally prepare themselves for distressing material or make up the work through other readings, in extreme cases. This directly contradicts the idea that trigger warnings allow students to avoid or even shirk their academic responsibilities in class, as students are prevented from engaging in the class as a result of their response to triggering stimuli.

Therefore, proponents of the use of trigger warnings argue that the warnings actually increase the likelihood that certain students will be able to engage meaningfully with class content and in discussions, improving their chances of academic success. Laguardia, Michalsen, and Rider also address that it is impossible to provide a warning for all content that may be triggering as nearly every stimulus could be linked to a person’s trauma; however, providing warnings for content that are common triggers creates an environment where students are informed that the professor is understanding of the issue and they are provided with resources for support, if needed.