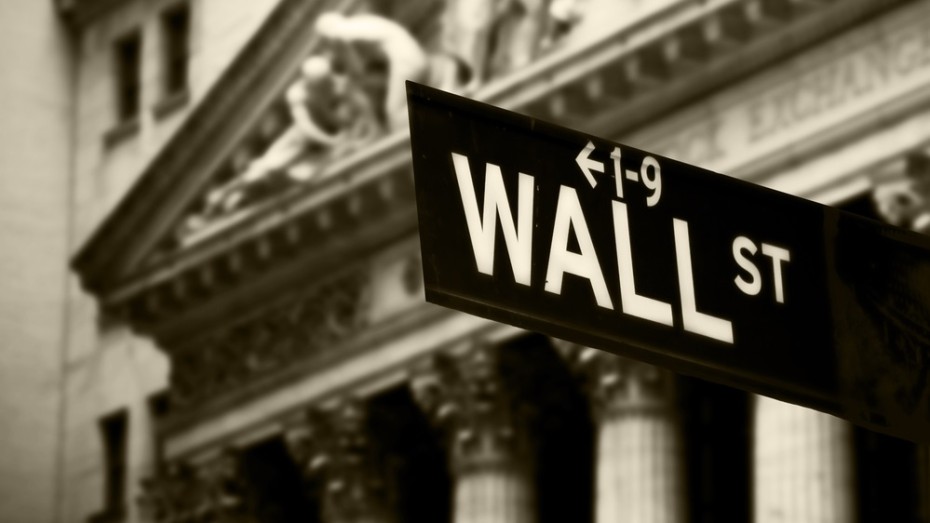 The modern liberal movement has branded itself with an emphasis on fairness and equality. This has led to great social change in the country, notably successful legislation for gay and minority rights. However, the left has parlayed this momentum into the realm of economics, where their interpretations are completely misplaced. Using similar catchphrases to those which accompanied their civil rights triumphs, they have gained much public favorability in economic policies that, when analyzed in depth, are contradictory to their values of fairness and equality.

The relatively successful presidential campaign of self-described socialist Sen. Bernie Sanders and the previously popular Occupy movement are extreme examples of these flawed economic policies gaining public traction. These are extreme incidents indeed, but this troublesome economic policy is prominent throughout the Democratic Party.

This scapegoating of the economy on the wealthy class of Americans is morally inconsistent with the values of fairness and equality.

As with all of the social justice battles, leaders liberally espouse epigrams and superficial sound bites, which are in turn augmented by empty rhetoric that rallies the masses. For this particular situation, there is great discussion regarding “the wealth gap,” the “top one percent,” and the call for “sensible progressive tax reform.” These phrases have become household colloquialisms throughout the course of this presidential primary season. They appeal to the heart rather than the mind, which, as aforementioned, has proven to be a very successful technique in generating momentum. However, this approach can be very dangerous to society as appealing to emotion rather than logical principles of fairness and equality can lead to rash, imprudent decisions.

Liberals attempt to appeal to the hearts of voters by invoking moral responsibility usually through the hackneyed bromide: “the wealthy need to start paying their fair share.” This notion of societal adjustment to achieve “fair share” is morally questionable when espoused within the context of a free market capitalist system. In this system’s ideal form, each individual possesses human capital (skills) as well as physical capital (resources). Each individual is unique in their abilities and their ownership; some are more skilled or obtain more valued goods, while some are unskilled or are owners of less valuable goods. Each person uses their capital to engage in mutually beneficial, agreed upon transactions that make up the composition of markets. So long as all parties are completely free and lawful in their transactions, they exchange what they deem to be equal goods and services. Therefore, those who accumulate the most wealth are simply those who are deemed the most valuable, or provide the most valuable goods or services, by their societal counterparts. Not only is this wealth fairly earned, but it has been approved by their fellow citizens via market transactions. In this respect, the free market acts as the most basic, unadulterated form of democracy where the people are at the basis of every decision.

Nonetheless, this is ignored by the left when they call for a progressive tax to make the wealthy ‘pay their fair share.’ As Thomas Sowell once asked, “What is your ‘fair share’ of what someone else has worked for?” The people of the marketplace have already determined one another’s fair share based on their resources to society, this notion that a government body can come in and rearrange the wealth to what they conceive is truly “fair” will lead to immorality through a grotesque overreach of power. As Friedrich von Hayek once said, “there are no possible rules of a just distribution in a system where the distribution is not deliberately the result of people bringing it about.”

The answer to Sowell’s question is obvious, but under the guise of “social justice” people may be quick to dispose logic and blindly follow their emotion. We think that we are being righteous by proposing to raise taxes on the wealthy and distribute their wealth, in some manner, to lower income households, but this is not the righteous, charitable deed we believe it to be.

Charity in the sense of righteousness and justice cannot be forced. We claim that we are achieving ‘social justice’ by being charitable with the funds of others. Not only is this unjust in and of itself, but there is also an irony which lies in the idea of social justice as a whole. Justice is subjective; it is an attribute of individual action. People can be just or unjust towards each other, but there can be no over-reaching cosmic justice by which everyone in a society must abide. There can only be a social, or cosmic, injustice. Thus, laws and policy ought not tell people what they must do, but rather what they must not do.

The “social justice” that we face today is an attempt to treat all individuals differently in attempt to make all equal. This, however, creates a significant problem when framed in the context of justice.  Lady Justice, the Roman goddess, is after all blind. She treats all individuals the same; this is the essence of fairness and equality. Justice should not be an attempt to make all people equal, but rather to treat all people equally. So when people call for higher taxes on the wealthy and redistribution of wealth under the righteous umbrella of ‘social justice’ it is important to remember that the phrase is contradictory at its core.

Further, giving this amount of governing power to one body can be very dangerous for a society. It is often stated that America is a unique country because it was founded on the idea of freedom. The right to freedom was the idea championed by those who first settled the continent of America as they escaped religious oppression. The right to freedom was at the core of those who began the idea of the United States of America as a nation when they wrote that liberty was an “inalienable right” in Declaration of Independence. The right to freedom was with those who established the United States of America as a nation with a governing body when they wrote in the Constitution that it is one of the nation’s main goals to “secure the Blessings of liberty to ourselves and our posterity.” The right to freedom as an idea has traveled throughout the history of America to our current president, who said our country was founded on “the idea that each of us deserves the chance to shape our own destiny.” In America, there is an established moral dignity in the individual’s fundamental right to freedom. However, the type of gross economic control we face from the leftward movement today goes against this fundamental human right.

Hayek writes, “To be controlled in our economic pursuits means to be always controlled.” In essence, he is correct. As we move more towards socialist centralization, we sacrifice our economic liberty. Economic liberty is essential to mobility in a marketplace that allows the people to satisfy whatever demands they may have. Without economic liberty we, albeit slow and microscopic at first, sacrifice the right to the full means of production. Hayek continues, “If all the means of production were [controlled by] a single hand… then this control has complete power over us.” As we give more and more power to centralize bodies to control the economy, notably through taxation (which is usually concentrated on the wealthy), we forfeit our ability to determine what is more or less valuable to us.

“The economy” is not a sector of human life that can be isolated — it is the place in which we manifest our freedom of choice to determine which means we see fit to attain happiness. To pass legislation that treats wealthy citizens differently than their fellow citizens is to impede access their means towards achieving happiness. This is a direct infringement on the fundamental right to freedom and reveals the hypocrisy of President Obama progressive control of the economy while stating, “each of us deserves the chance to shape our own destiny.”

Some may attempt to defend this use of centralized government with the popular cliché, “the ends justify the means.” While this phrase alone could potentially be ethically troublesome, in this particular context it can also be dismissed purely on the absence of “ends.” “The War on Poverty” began in 1964 under President Johnson with the aim to “not only relieve the symptom of poverty, but to cure it.” The fiftieth anniversary of this declaration, in 2014, brought a startling report on these policies that redistributed wealth from the upper class to the impoverished. After the $22 trillion in taxpayer money dedicated in this timespan, the poverty rate remains the same as it was in 1967. Moreover, as the funds to The War on Poverty increase every year (now 16 times more than the original funding), there is no positive correlation with the poverty rate. The $22 billion investment by the taxpayers has yielded no return. Ends have not been achieved; meanwhile freedom of means has been violated.

Yet The War on Poverty, and consequently The War on Wealth, has more momentum than ever. We must expose the empty rhetoric by Democrats when they champion the ideas of freedom and equality in the same breath as “sensible progressive tax reform” and we must jettison the unfair stigma that surrounds the lawful elites.

The equality that the left has brought to gays and minorities is not transitive to their economic policy: one is a cause of ethical equality through equal treatment, while the other is a fight for equality through unjust means that champion unequal treatment.  The deception of the left and its skewed morality have captured the trance-like support of far too many voters, as it continues to wage an ineffective war on poverty that has been funded by the spoils from a one-sided, immoral war on wealth.