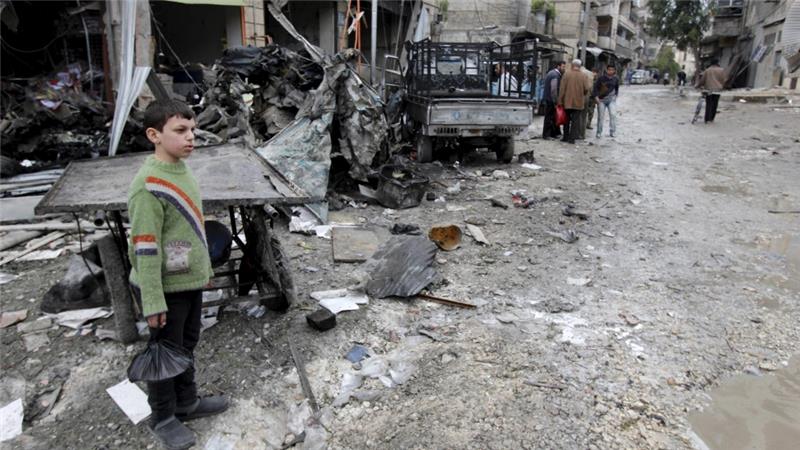 Recently, when an interviewer asked presidential candidate and former Gov. Gary Johnson what he would do about Aleppo if elected president, Johnson, the Libertarian Party nominee, asked, “What is Aleppo?”

Some interpreted his remarks as an unconscious gaffe. Yet, in response to ensuing pressure, he genuinely reassured the public that he didn’t know where Aleppo was or the significance of the city.

Johnson’s isolationism is not an excuse to be ignorant of tragedies riddling the world. The truth of the matter, however, is that Johnson’s lack of understanding of the egregious civil war being waged in Syria among Bashar al-Assad regime’s, opposition forces, and ISIS combatants is not far off from the Western public’s unawareness of a war that has caused hundreds of thousands deaths and displaced millions of people.

But even worse than the absence of public awareness throughout Western societies is the lack of awareness among Western leaderships, especially the Obama administration and its apathetic stance towards combatting the gross humanitarian violations occurring daily throughout Syria.

However, the war crimes perpetrated by the Assad regime did not change the equation. Assad continued his reckless path of inflicted brutality, while Obama and the rest of the West turned a blind eye to tragedy. Obama’s fecklessness has led to the continuation of chemical warfare waged upon civilians across the Syrian landscape.

As American and European powers sat on the sideline, a door opened for Vladimir Putin to reassert Russian influence in the region. Why did Putin seek dominance in a region plagued by violence and terrorist insurgency? For one simple reason: to fill the void that the West’s negligence created. Russia eagerly waltzed into the vacuum that the West’s policy of inaction created, enabling Putin to flex his geopolitical muscle, while Obama and other western powers sat on their hands.

Since Russia’s entrance into Syria, the civil war has only escalated. In support of the Assad regime, Russia has pursued an unabated bombing campaign throughout the region, with little care for precision. Whether it be an ISIS combatant, Syrian opposition fighter, civilian, or child, Russian bombs rain down on any bystander below. Putin’s willingness to use cluster munitions – bombs that release explosive submunitions that scatter and explode upon release – in civilian populated cities held by opposition forces is indicative of his unfettered ambition. The use of cluster munitions is banned by most countries since their imprecision often leads to civilian casualties. In Syria, however, Russia sees no need to discriminate between opposition forces and mere civilians.

The most recent criminal pursuits of the Russian and Syrian forces were highlighted in the latest failed cease-fire. Just as the U.S. and Russia finally negotiated a ceasefire to allow for UN humanitarian aid into crippled Syrian cities, Russia allegedly bombed a 31-truck humanitarian convoy. Russia has denounced claims of its own culpability; however, U.S. officials claimed that “two Russian SU-24 aircraft were flying over the area at the moment of attack.” This hellish attack on UN assistance has trapped civilians within the firm grip of war.

Hundreds of thousands dead and millions dislocated. Children continue to die in the face of Russian and Syrian brutality. Families are separated as civilians are forced to flee their home and seek refuge in Europe and the United States. These numbers increase exponentially as Western negligence in Syria grows in severity. The United States and the rest of the West can no longer sit on the sideline as Russian and Syrian war crimes continuously multiply – it is time for the West to take decisive action.