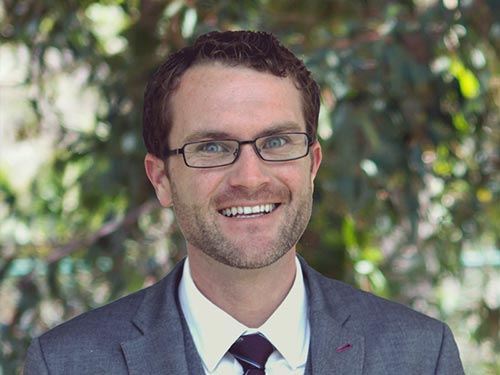 Chad Peace is a leader in the independent voter community. He serves as the legal strategist for the Independent Voter Project (IVP), the publishing editor for IVP’s publication IVN.us, president of IVC Media, and partner at the law firm Peace & Shea LLP. Peace has dedicated his life to reforming the electoral system in favor of all voters, not just party affiliates.

Welcome Chad. Thank you for joining me today. Do you mind discussing a bit of what the Independent Voter Project (IVP) does?

The Independent Voter Project was founded in 2006 by Republican and Democratic legislators in California whose belief was that the increasing levels of partisanship was making it almost impossible to govern effectively and that the only way to get voters back into the process and spread the accountability across more voters, not just partisan voters, was to reform the primary election process.

We started doing polling and research around 2006 and elevator summaries. By 2010, they passed what’s called the Nonpartisan Top Two Primaries, so California is now one of two states that have a nonpartisan-based primary, which means that all voters and all candidates, regardless of party, participate on the same ballot.

Since that time, Independent Voter Project also publishes IVN.us, which is a news site that focuses largely on issues like election reform and independent voters, and they’re also spearheading a national legal effort to challenge the constitutionality of closed primaries, which, in IVP’s view, are unconstitutional because they essentially give a monopoly over the first important stage of the election process to voters who only choose to join the Democratic or Republican Party, which we would argue is a violation of the First Amendment right, not to associate with any private organization.

How did you get involved with the Independent Voter Project?

On full disclosure, my father was one of the founding members. He’s no longer a Board member but he was one of the founding members. They approached me, actually, to help them with their digital outreach strategy prior to the passage of the Nonpartisan Primary in 2010. We developed the online strategy to educate voters. I happened to be in law school at the same time so it peaked my interest, and I took every election law class and law democracy class I could take, and that’s really where I got personally interested in the legal issues and how primaries, themselves, affect the right — not just the right to vote, but the right to cast a meaningful vote.

Absolutely. What exactly defines an independent voter? I know there are lots of misconceptions about what that means, so do you mind going into some detail on what that means to you and IVP?

I used to see a lot of the traditional pollsters and media folks who like to say that Independents are just closeted Democrats and Republicans. I think in a two-sided world when you view through that lens, your political participation requires being a Republican or Democrat. That’s the only conclusion you can draw, but what I would say defines independent voters is a willingness to be open to new ideas.

They span the political spectrum and one thing they have in common is they don’t believe that inner viewpoint is contingent upon the position of a political party and so they’re willing to recognize that their party might be wrong sometimes, knowing to recognize that ideas and solutions aren’t so simple as black and white. There’s nuance and I think that’s the core of what being an independent is about.

And why do you think so many voters, especially this year, are identifying as Independents?

Well, I think the voters generally recognize that neither party has the solution to all our problems, and both parties have worked very hard through the courtrooms and through the press and through everywhere else to convince voters that their teams right and the other team is wrong. I think more and more voters are waking up and saying, “We’re not so naïve to think that there is a good team and a bad team and if we just join one of the teams, that suddenly there will be a victory by one of the sides and solve all our problems.”

I think we’re recognizing that both parties have major flaws. Both parties have things to offer but the only way that we’re going to come to bring back a reasonable government that’s filled with people who are interested in practical solutions instead of partisan solutions is to recognize that both parties have failings and we need to start electing leaders and have an option process that serves a spectrum of voters, not just voters that fit within those two partisan boxes.

Why are there so many obstacles in place today, for Independents, to keep them from voting if so many people are leaning that way?

Some of the obstacles are overt and some of them are a perfect product of just mentality and culture. Even in classrooms we teach young folks that we have a “two party system.” We have primary elections across the country where the media focuses on the nominees of the Republican and Democratic parties for months on end and don’t report on third parties or Independent candidates, really, until the election comes or not at all. We get this general culture as well as the ballot hurdles; in many states it takes thousands and thousands of signatures just to get a candidate on the ballot outside of the two major parties. You don’t have a political party apparatus that acts as your get out to vote operation.

I think we have funding limits on candidates, so what happens is the parties serve an important role in raising funds and raising awareness with voters that aren’t calculated in the amount of money that a candidate receives, right?

There’s institutional barriers that have been built over time and you combine that with gerrymandering and you combine that with press coverage, and what it’s convinced a lot of voters of is that there really are only two legitimate options: even if you’d like to vote for an Independent or you’d like to vote for a Green or a Libertarian or whoever it is, that the only real viable options we have in a “two party system” are the Republican or the Democrat… I think it’s a combination of all that that creates significant hurdles to anybody who’s trying to run outside the system.

What does this election mean for the Republican and Democratic parties going forward? The system seems to want to change, but is the “two party system” too ingrained in us to allow for any real change at all?

Well, I don’t think it means so much the two parties themselves; I think it’s an opportunity for self reflection but I’m not convinced that the parties, themselves, are going to wake up tomorrow and say, “Oh, we really need to change.”

I think the bigger opportunity is given to the voters, and I think voters both on the left and the right and everywhere in between have really started to think…, “How did we end up in a situation where we have so much polarization and such unpopular candidates?” And more and more people are gravitating, they’re making the connection between the election processes itself and the results that we get, so the opportunity comes for voters to understand and to start thinking about that process.

And what it’ll mean to the parties is … We don’t know. Independent Voter Projects, we like to make it clear that we’re not anti-party. What we are is pro competition in the electoral landscape, and ironically we believe if you open up the election process you take away the hurdles. You create competition, and, just like in the marketplace, when we’re talking about businesses, if you have competitors on an equal playing field that makes everybody better. So from our view, having competitive elections will make the Democratic Party and the Republican Party better.

But at the end of the day, the basis for which we should be measuring the strength of a political party shouldn’t be how many seats a political party holds; it should be how many people feel well represented by the people in these political parties, and so I think the opportunity here for voters is to make that connection and say, “Hey, it’s fine if we have Republicans and Democrats as legislators but it’s not okay if they aren’t really elected by everybody in their district.”

It seems that Independent voter rights have come up a lot more this year in this election. Is this something that’s unique to this election or is it just that more people are paying attention?

It’s that more people are paying attention. These issues have been bubbling up, like you said.
Independent Voter Project started the research in 2006 and actually passed election reform in the largest state in the Union in 2010, so it wasn’t like this issue wasn’t on the table, but what I think it has donethis election is because of the severity of the polarization and the un-likability of the candidates that were nominated by both the parties.

What it’s done is that it allowed that conversation to start matriculating out of a relatively small group of people who pay a lot of attention to politics and don’t have anything better to do with their lives, like me, than think about how… our election process work. It’s matriculated down to more and more everyday voters and that’s extraordinarily important because until you have the public awareness of the problem, it’s almost impossible.

We passed it in California by a combination of factors including luck, but we’re getting to a point where if you want to have reform on a national level and make this an actual issue, you have to have the public be knowledgeable about the issue, which will make it safer for legislators to start talking about it. It will make it safer for courtrooms to start ruling in favor of voter rights. I think we’re creating the conditions for something. There may not be a revolutionary change tomorrow, but the conditions are being set and we’re on a pathway to … whether it’s five, 10 or 20 years, having some systemic changes that will fundamentally improve our process.

Do you have any advice for voters today as they’re preparing to cast their ballots on the 8th and also beyond the election?

I think they should always think about what their vote means rather than what is the direct consequence and… you know, “Am I voting for a lesser of two evils? Am I voting for someone I believe in?” I think we all make those decisions … Nobody’s right and nobody’s wrong, but what’s important, I think, to understand is, “What do I want to do with my vote and what do I want to express?” Like I said there’s no wrong or right. You might believe the short term best thing to do is to vote for person X because of Y, but there also may be arguments made … Well, my candidate might not be elected this election but what I’m doing is creating long term conditions for somebody like this candidate to challenge the system.

So, if you’re frustrated with the system before you vote, understand how the system’s been designed and what’s the best way to confront it, but I know that’s a rather vague response but I think it is important to participate. I think beyond that is not just understand the people and the things you’re voting for or against, but to understand exactly how the system’s been set up to force you to choose between the options that you’re given.

Absolutely. Thank you again for your time and for working for a more representative democracy.