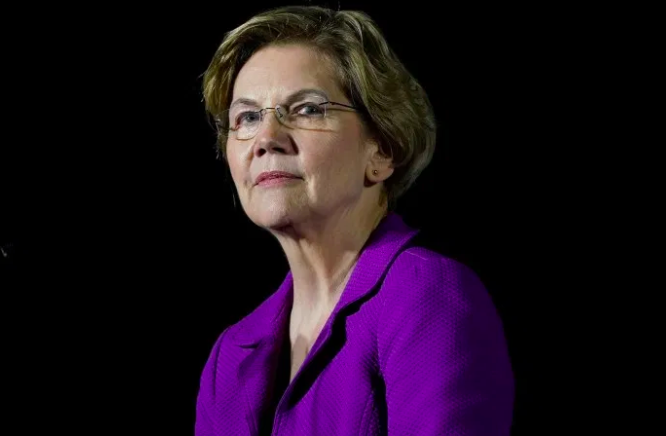 The 2020 Democratic primaries have certainly been a sight to behold, with candidates yelling over each other at the debates, a certain former Vice President forgetting where he was (twice), a former Republican mayor attempting to buy his way into the race and many more hilarious, yet somewhat saddening events. At the end of the day, this convention is shaping up to be as chaotic as the infamous Democratic National Convention of 1924, which has garnered the fun little nickname of “The Klanbake,” as the Ku Klux Klan showed up in support of their preferred candidate during a lengthy 16-day convention. While the competition rages in what is essentially a two-man race, with geriatric moderate Joe Biden and actual grandfather of seven and self-proclaimed democratic socialist Bernie Sanders, some candidates stubbornly stayed in the race, even when they had no chance to win. One of those candidates has a personal connection to me: Elizabeth Warren.

As a proud, life-long Bay Stater, Elizabeth Warren is my senator, and, while I am certainly aware of this fact, she seems to always forget about this. Spending all of her time on the campaign trail and skipping senate votes, she has effectively been leaving myself and the other 7 million Massachusetts residents short one senator. Senator Warren was polling in fourth place in the Democratic primary, and it is very obvious that her stubbornness is what kept her in the race. As a constituent of the senior (both politically and age-wise) senator, I want to make the facts known about Elizabeth Warren to show that she was not only unfit for the office of the President of the United States, but also unfit to serve as a United States Senator.

Elizabeth Warren has made a reputation for herself, as of late, as a progressive Democrat, but this could not be farther from the truth. Warren grew up in Oklahoma City, and, much like many Oklahomans before her, she was a registered Republican, even voting for Gerald Ford in the 1976 election. It wasn’t until Warren was 47 years old in 1996, coincidentally around the same time she moved to liberal stronghold Massachusetts for a teaching gig at Harvard, that she became a Democrat. In 2012, Warren ran for the United States Senate against incumbent Scott Brown and won the election, becoming the Junior Senator of the Bay State. Since then she’s become a popular figure amongst the left, and, with her entry into the 2020 Presidential race as a progressive, she has raised a few eyebrows, considering her corporate Democrat, neoliberal political history. Warren has continued to strongly support the military industrial complex that is responsible for the deaths of thousands of Americans and foreigners alike by supporting an increased military budget and securing contracts for military tech giant Raytheon. She has also legally defended the exact corporations she has railed against in the past, like LTV Steel in Cleveland. Warren is a phony progressive, plain and simple, and her plan for “Medicare for All” is a shameless rip-off of Bernie Sanders’ plan, without any of the honesty. Warren herself has even admitted that both she and Sanders have the same plan, but are just going to raise the money to accomplish this differently; that is to say that Sanders has been honest in saying that anyone making more than $29,000 annually will need to have their taxes raised. Contrarily, Warren’s fumbled-out tax plan would bafflingly cause some people to pay over 100% in taxes, and, when asked about raising taxes on the middle class, she swiftly dodged the question, knowing full well that their taxes would be raised under her plagiarized plan. She also bemoans the student debt crisis with complete debt forgiveness being a major tenant of her presidential campaign, yet she made over $400,000 a year teaching a single class at Harvard, failing to see the irony of the situation. Warren is a fake progressive with a poor track record in promoting what she claims to believe in, but this is only the tip of the iceberg for poor old Elizabeth Warren.

During this primary campaign, Warren was cutthroat in her attempt to secure the nomination, and, for the most part, these strategies failed her miserably. First, she was proud to tote that, unlike most of the other candidates, she hadn’t taken any donations from billionaires for her presidential campaign. However, this fails to reveal the full picture. In her 2018 Senate run, in which she defeated Republican challenger Geoff Diehl 60% to 36% in what was described as a “noncompetitive race”, she raised $35,000,000, of which 32% came from PACs or large donations from very wealthy individuals. She then transferred over $10,000,000 to her presidential campaign, which was hardly a “grass-roots” effort untainted by millionaire and billionaire funds, including donations from Scarlett Johanson and Amy Schumer, among many other wealthy celebrities. Second, Warren attempted to attack her main opponent for the progressive vote, Bernie Sanders, by claiming that he said to her in a private meeting that a woman could not be president. When this didn’t get the attention she had hoped, she attacked him on the debate stage in Des Moines, reiterating that he had said this to her (with a little help from the CNN moderator who, after Sanders denied the accusations, affirmatively asked Warren how she felt when he said it). After the debate ended, she was “caught” on a hot mic, saying to Sanders, “I think you called me a liar on national TV,” knowing full well that this would be played on television, hoping to get a response from Sanders. Unfortunately for her, he declined to answer and further the drama. This ultimately backfired on Warren, as this supposed private meeting ultimately boiled down to a he-said-she-said moment, and Sanders, being the career politician that he is and not the revolutionary he thinks he is, has clips of him from 1988 saying that a woman could be president. This, coupled with Sander’s long track record of holding actual progressive views, unlike Warren, was enough to expose the public to another one of Warren’s many deceptions.

The senator’s lies don’t end there. Warren had also claimed on the campaign trail that she was fired from her teaching job for being “visibly pregnant.” This turned out to be untrue, with documents showing not only that the Board of Education unanimously offered her a second year contract and that her resignation was “accepted with regret” but also in an interview which she gave in 2007 where she discussed her resignation and staying at home with her newborn baby without ever mentioning being fired. Now, it is time to address the elephant in the room: Elizabeth Warren and her supposed Native American heritage. Many Americans have a small amount of Native American ancestry, but very few with such a small percentage truly milk it for all it’s worth. Elizabeth Warren came under fire for just this in 2018, and it was enough to convince her to take a DNA test, which proved that she was anywhere from 1/64 to 1/1024th Native American. The latter would make her, in fact, whiter than the average white American. Even having Native American DNA, however miniscule, still doesn’t make Senator Warren a Native American as she has even been denounced by members of the Cherokee Nation and told to renounce her claims to Cherokee ancestry. But what’s wrong with her mistakenly believing she was Native American? Nothing would be wrong with a simple mistake, but that is simply not the case. Warren’s only defense of her Native American heritage was “family lore” and her grandfather’s “high cheekbones”, and, besides that being a stereotype at best, someone’s grandfather having high cheekbones does not a Cherokee make. Her other claim to Native American ancestry is, of course, her addition of a crab and mayonnaise dish to the coveted Pow Wow Chow cookbook, with mayonnaise obviously being a well-loved and traditional Native American condiment. Needless to say, Warren’s indigenous ancestry is irrelevant at best, but this did not stop her from labelling herself as a “American Indian” in a 1986 Texas State Bar exam registration card. This was not the end of her falsely identifying herself for personal gain, however, as she was also labelled as Harvard Law’s “first woman of color” professor, leading many to believe that she claimed to be Native American in order to be favored in hiring, ultimately taking away that recognition from actual women of color. Elizabeth Warren’s lying has been a constant in her careers, and she has used these lies for personal gain.

At the end of the day, even though Elizabeth Warren dropped out of the race for the Democratic nomination, she has shown time and time again that she will readily lie to get herself in a position of power. As I see it, she doesn’t care if she has to spit in the faces of real people of color who struggle in order for herself to get ahead. She doesn’t care that she contributes to the problems that she seeks to solve, like the student debt crisis. She doesn’t care about the progressive movement she claims to champion. She doesn’t care about women who have actually been discriminated against in the workplace. She doesn’t care about taking money from millionaires and billionaires. And, most of all, she does not care about her constituents in Massachusetts who she is supposed to be representing, as she has spent all of her time campaigning in her presidential primary pipe dream while not caring a single iota about us or our issues.

This is personal, Senator Warren. You pretend to care about us and your movement, but deep down all you want is power, and that’s reason enough for you to leave politics for good.