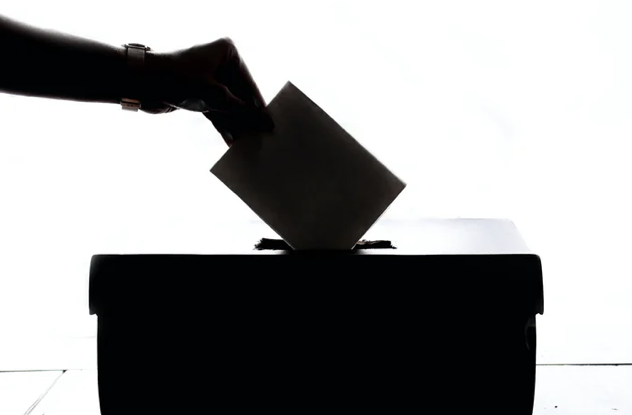 The dust has long since settled on the California gubernatorial recall election held last month on Sept. 14, with Democratic incumbent Gov. Gavin Newsom handily defeating the ouster initiative. Nearly two-thirds of the Californians who voted in the special election opted for Newsom to remain in office.

From a Democratic perspective, Newsom’s victory prompted a major sigh of relief, as Republicans had been prevented from occupying the governor’s mansion in one of the most liberal states in the Union. But the very fact that this was a real, tangible possibility reveals how inherently undemocratic the state’s recall system is in the first place.

California’s recall election rules make it unfairly easy for a challenger to topple an incumbent, a defect pervading the entire electoral mechanism rather than a particular statute or facet.

First, for such an election to occur, a petition must be signed by a certain number of sponsors. The state sets this threshold at a mere 12% of the votes cast in the last election, which amounted to 1,495,709 signatures at the time Newsom’s recall petition was circulated. This number, while large in absolute terms, is relatively easy to reach in a state of 39.5 million people as per the 2020 census, and does not nearly approach majority support.

The lack of majority support persists in the system thereafter as well. California’s recall ballot features two questions: “Shall the governor be removed, Yes or No?” and  “Who shall replace him?” For a governor to be recalled under California law, only a simple majority of the recall voters need to vote ‘Yes’ on the first question.

As of Sept. 27, roughly 12.5 million voters had voted in the recall election, representing 56.7% of the state electorate registered to vote, a typical low turnout for a recall. Roughly 6.3 million—just 28.4% of registered voters—would have been all that was needed to ensure Newsom’s removal. This eyebrow-raising number is a function of the aforementioned low turnout, which is its own problem that is largely independent of the system’s design. Still, it remains a problem at the surface level that a governor could well have been evicted by a motion with support from so little of the electorate.

Moreover, if the ‘Yes’ initiative had prevailed, the new governor would be the winner of a plurality of votes on the second question, rather than a majority. Plurality elections in a two-party system such as in the United State often result in extremely fragmented vote shares, as candidates from the same party cannibalize one another’s votes. Thus, with enough candidates to split the vote, a candidate supported by fewer than 1% of the voters who responded to the second question (which does not require you to have voted ‘Yes’ on the first) could win.

It need not be said that such a result is antithetical to democracy and the idea of popular sovereignty. The real figures from this past recall election are still profoundly minoritarian, albeit in a less eye-popping manner.

Conservative radio host Larry Elder received roughly 3.4 million votes from voters who expressed a preference on the second question. Considering that 6.3 million would have been all that was required to vote ‘Yes’ to make Elder governor if Newsom had received the same 6.2 million, in that case, Elder could have beaten Newsom with hundreds of thousands, or potentially millions, of fewer votes.

Many of the “No” voters would have voted for Elder under this hypothetical, closing the gap to an extent, but if there were multiple Republican candidates to split that vote, for example, it is extremely plausible that the most popular candidate in an election by far could have lost to a candidate with millions of fewer votes. Though this scenario was averted, it should not be ignored, forgotten quickly, or treated as anything other than a clarion call for change.

Aside from the dangerously undemocratic nature of the recall, the California election was incredibly costly, with the state’s official estimate sitting at $276 million. In sum, taxpayers funded a measure that was initiated by fewer than 12% of them and that far fewer than half supported. Hundreds of millions of dollars were spent on a political exercise that could well have created a minoritarian rule in the nation’s most populous state.

Recall elections are not inherently undemocratic, and there is no guarantee that democracy would be subverted if a recall were to succeed, even in California. Recall elections have happened in the past in the state, most famously in 2003, when “The Governator” Arnold Schwarzenegger defeated unpopular incumbent Gray Davis by only 200,000 votes from a turnout of just under 30% of registered voters.

Schwarzenegger hardly had popular support by numerical standards, but he wound up being a relatively popular governor, winning reelection with 56% of the vote in 2006 (though turnout was severely low in this election, sitting at just 32.7%). Low turnout again makes this number somewhat hard to analyze, but regardless, Schwarzenegger did not, of course, subvert democracy in California and inflict unpopular measures upon the populace, making it worth noting that a recall election in its current form is not necessarily damning.

But times have changed significantly since 2003. To say that the political reality of the U.S. is extremely different now would be an understatement. In the current climate of political polarization, wherein there is open rancor between the two parties at even a grassroots level, the recall tool is in extreme danger of being abused by the minority party seeking to derail and distract an incumbent party and its agenda.

Furthermore, elections are fraught subjects these days. Leading Republican candidate Larry Elder insinuated strongly on multiple occasions that the recall election was rigged against him, though he eventually conceded. Given all this, it is hardly difficult to imagine every single future governor of California, regardless of party, being subjected to recalls, hamstringing their effectiveness by wasting valuable administrative time and resources, and ultimately yielding no tangible political change beyond further degrading the effectiveness of the recall system and bankrupting the state.

Though there is no precedent for this, there is arguably no precedent for our current political situation. With Democrats in Texas and Republicans in Oregon showing a willingness to take any measure to prevent the other side from achieving its aims, few mental gymnastics are required to imagine such a dark future in California.

With the previously noted 12% threshold for recall triggers, only a relatively small sect of the state would be needed to take such a step, and it would hardly be the most eye-popping, anti-democratic measure taken by radicals in the U.S. as of late (see: Jan. 6 insurrection at the Capitol).

It is worth noting that recall elections originated in the Progressive Era as a means to hold elected officials accountable. While accountability is a noble end, the current system of recalls functions less as a means of achieving accountability and more as a weapon to waste state resources and essentially overthrow a popular governorship. Though this assault was stopped at the gates, it is high time to redouble our defenses.