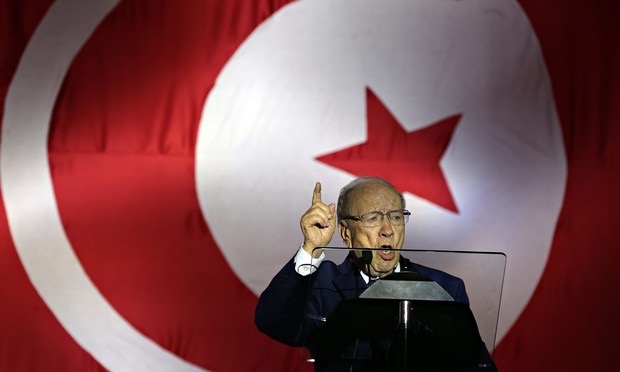 Tunisia, the birthplace of the Arab Spring, has proven this month that it is one of the most successful post-revolution states in an otherwise divided region. Two weeks ago, Tunisia held its second national election since its 2011 Arab Spring uprising. The election was the first under the newly instated constitution and was the first full parliamentary election after the resignation of Tunisian President Zine El-Abidine Ben Ali in January of 2011. Tunisia, the birthplace of the Arab Spring protests, has had one of the least violent transitions of the affected North African countries and elections largely went forward without incident.

The results of the election came on Thursday morning. As predicted, the secularist Nidaa Tounes party defeated the ruling Islamist Ennahda party, taking 85 seats in the 217-seat parliament, while the Islamists maintained just 69 seats. Whereas other Arab states have struggled with the tensions between secularist and Islamist opinions, Tunisia is being praised in the aftermath of this election as a “regional success story.” Though the Islamists lost seats in the election, Ennahda officials told BBC that they are urging for an “inclusive” government.

Whereas party divisions on the role of Islam in government have destroyed other new governments in the region, Lotfi Zitoun, an official with the Ennahda party, told Reuters that the Islamists are seeking “for the formation of a unity government in the interest of the country.” Another party leader, Rachid Ghannouchi, spoke before election results had been finalized, but emphasized that the winner of the election should be focusing on national unity. Speaking generally about the success of the Post-Arab Spring Tunisia, Ghannouchi said that the belief that unity for the country is most important has saved Tunisia from the violence and infighting that has occurred in other areas of the region. Even President Obama issued a congratulatory statement, calling the elections “an important milestone in Tunisia’s historic political transition” and promising continued U.S. support for democracy in Tunisia.

Despite success gaining national support, many Tunisians have responded skeptically to the Nidaa Tounes party. The party arose in mainstream politics in 2013, consisting mainly of independents and secularists. Some of the members of the party, however, are former members of the ousted Ben Ali regime. Supporters of the party, many of them elites, praise the ability of these members to lead with experience. On the other hand, skeptics critique the involvement of old regime officials and fear a return to a pre-Arab Spring style of government.

Similarly, the Ennahda party has faced criticism from the Tunisian people as well. While the party did play a large role in writing and adopting the new constitution, many Tunisians feel that the party has not made sufficient economic and social changes during their three years in power. The defeat of the party by the secularists is not so much a rejection of Islamist parties in Tunisia, but more so an expected backlash against a party with whom the public is frustrated. Islamist parties in the Middle East have a reputation, from the Western prospective, of creating harsh regimes. However, many with experience in Tunisian politics say that Ennahda is, in fact, the most democratic party in Tunisia. The party has also willingly given over power peacefully on many occasions. After finalizing the constitution at the beginning of the year, Ennahda willingly gave over power to a technocratic government. The party even decided not to nominate a presidential candidate for the upcoming elections on November 23rd, saying that they did not want to “dominate” national politics in Tunisia.

While the West praises the success of a secularist party, many in Tunisia fear that the widespread election of Nidaa Tounes officials will cause retrogression in to the past government. However, Nidaa Tounes rule is far from absolute. Since 109 seats are needed in the parliament for a majority, Nidaa Tounes will be forced to form a coalition government with other, smaller parties. Likely contenders for a coalition include non-Islamist parties like the Free Patriotic Union, with 16 seats, the Popular Front, a leftist party with 15 seats, and Afek Tounes, with 8 seats. However, some are calling for a “national unity government” that would include a coalition between Nidaa Tounes and Ennahda. Though ideologically challenging, politicians say that it is crucial for the Tunisian government to form a plural democracy, and there is “great potential for dialogue” between the secularists and Islamists.

While Tunisia’s peaceful transition of power is impressive, it is important to keep in mind that the country is not immune to the problems shared by its regional neighbors, such as Libya and Egypt. Tunisia has been fairly immune to the militant violence that has plagued other nations in North Africa, but does consistently face low-level threats from extremist militants, including violent protests in the capital just last year. However, a far more pertinent concern for the new government is the unemployed youth. Currently overall unemployment in the country is at 17 percent, and unemployment for young people with a degree is a staggering 30 percent. The prospect of youth frustration with the government is particularly relevant, considering that frustrations with political gridlock, blamed on the Ennahda party, led to the protests last year that almost brought down the interim government.

Though public frustration has been soothed by the peaceful elections, Nidaa Tounes faces public policy issues that are critical to the survival of democratic Tunisia. Foreign creditors, including the United States and the International Monetary Fund, have been increasing pressure on Tunisia to balance their accounts. Harsh fiscal policies are to be expected, and taxes are likely to rise and subsidies will be cut under the new government in order to balance the country’s deficit. Perhaps even more urgent are the security reforms that will need to be addressed by Nidaa Tounes. By creating a coalition with the Ennahda party, analysts believe that Nidaa Tounes could gain credibility with more extreme members of the Islamist electorate to battle Islamic militants at the border.

In light of the rampant fear of the increasing power and violence of the Islamic State (ISIS), the Western public is encouraged by the seemingly devastating defeat of an Islamist party in a North Africa country. However, Tunisia may be a future example of how Islam and politics can coexist within a democratic system. With an attitude of unity at the center of Tunisian politics in this election cycle, it appears that a coalition between the Ennahda and Nidaa Tounes parties is still possible, and that Islamist politicians will continue play an active and productive role in Tunisian politics.

Much of the Western media narrative of this election has been dominated by headlines praising the unseating of the Ennahda party and the victory of secularists over Islamists. However, a more important narrative is being lost. The focus should shift to the successful peaceful transition of power occurring between the two parties, and the emphasis in both factions to create a unified government for the sake of the future of Tunisia.