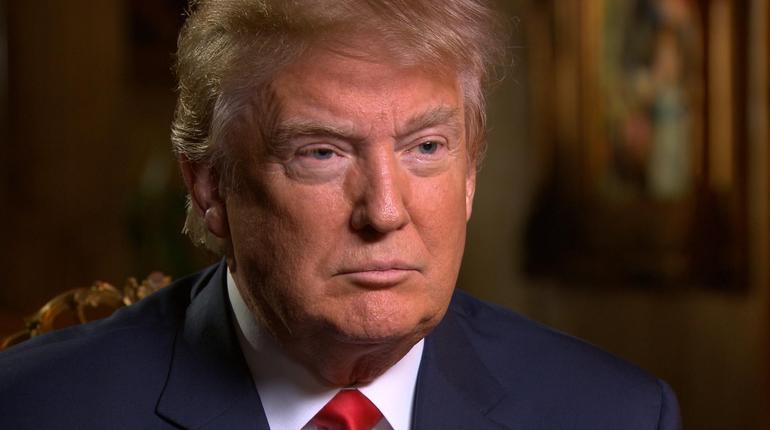 Given the current state and controversy within the GOP, I write as a concerned member of the Republican Party. More importantly, I write as a citizen concerned about the fate of this nation. Although a Trump supporter, I hope to separate myself from the bias that comes with this support and write on the circumstances that have allowed Donald Trump to redefine conservatism in the 2016 primary elections. Appealing to some and horrifying to others, Trump has used the American people’s distrust of the current political system to tactfully position himself to seize the party’s nomination, something the RNC must not discount in order to avoid another November loss.

After impressive performances in many Republican primaries so far, and polling at an average of 40.3 percent, Donald Trump’s strength continues to grow and impress Americans. Contrary to what many expected, Senator Cruz has not won a majority of the conservative southern states. However, he has managed to keep his candidacy alive by delivering states that carry critical numbers of delegates: Texas, Utah, and Wisconsin.

At this point, the outlook for any candidate to challenge Trump seems grim. He is beginning to pull away and neither Cruz nor Kasich seem to have the strategy to catch him.

Trump’s surprise control of the Republican Party has left establishment conservatives frustrated and befuddled. The billionaire has effectively upended decades of relative GOP stability where there have been narrow races with an establishment-backed candidate, and a pure conservative alternative vying for the nomination. His unconventional political strategy has captured the interest of many and translated to support throughout the early stages of primary voting.

To watch Trump flourish over the past five months has been an inconceivable experience. As he persistently defies the typical ideological constraints that American politics imposes on candidates, the traditionalized notions of electability and decorum have disappeared.

Trump seems to have the perfect recipe to win the nomination — playing off the political disenfranchisement and frustration felt by 44 percent of voters across party lines. Trump channels the anger that many blue-collar Americans, some of his most ardent supporters, feel towards Washington and the president, and he vehemently expresses this sentiment in his rhetoric. In simple terms, he dislikes President Obama, thinks Washington is underachieving, loves America, and wants to “make [it] great again.”

The fundamental appeal to these sentiments is exactly how the Cruz and Trump campaigns are fueled. The Tea Party movement of anti-establishment conservatives has grown and divided into two key groups that support either Trump or Cruz. Republican purists support Cruz and his strong conservative ideologies, while some of the remaining frustrated Republicans support Trump, the most “outsider” candidate. Undoubtedly, the deciding factor for Trump has been the support that he has received from Americans across the political spectrum. As mentioned earlier, his supporters are defined by a pervasive sense of emotion, allowing for a united coalition to develop against the current political installment.

Inherently, suppressed emotion can be equally powerful as it is dangerous. When challenged by others, these emotions have the potential to create a toxic environment similar to the violence we have witnessed at many Trump rallies. While violence should never be condoned, Americans need to understand the reasoning behind Trump’s flamboyant patronage.

His supporters are strong in numbers and aggressive in their demand for political change. They are tired of feeling neglected by the established system, and are elated to see that Trump echoes their deepest concerns. Trump’s supporters feed off his energy, strength and impudence because he is saying what others wouldn’t dare. In doing so, a silent majority has developed within the United States — one that many of us never knew existed.

While Donald Trump did not coin the term “silent majority,” it has a rich history that dates back to President Nixon’s administration. However, this broad yet dynamic term has evolved since Richard Nixon’s use during the Vietnam War. Perhaps, for the current election it is appropriate to characterize its significance as a state of mind — a feeling of maltreatment or exploitation. In turn, without warning or explanation, this disposition surfaced in a time with great opportunity for sweeping change. Since becoming their voice, Trump has reinvigorated this “majority” and received significant support.

Therefore, I caution anyone that discounts Donald Trump or the movement behind his campaign. As an intelligent businessman and cogent leader, Trump is significantly more calculated than others may realize. He understands what it takes to win the nomination and has executed his campaign strategy accordingly. He can no longer be underestimated.

In the past weeks, much has been said about Donald Trump’s imminent path to winning the nomination. Senators, governors and other prominent conservatives have spoken out about their disdain for Trump and the potential damage that his nomination would do to the GOP. Some even said that they would write in a candidate before voting for Donald Trump. While equally disappointing as it is pathetic, the establishment’s arrogant failure to acknowledge Trump as a legitimate candidate will continue to be counterproductive to their goal of nominating the politician of their choice. When the GOP can finally comprehend the reasons for Trump’s mounting popularity, then Republicans will fully understand that they fathered this beast and that he is a byproduct of their inability to appease the electorate.

To look at this situation from afar, Republicans must realize that a Donald Trump White House is exponentially better than a Hillary Clinton one. In order to win this critical election, the goal should be to set aside our ideological differences and political hardships to focus on a common goal: beating Clinton. One could argue, based on preliminary polls, that Kasich or Cruz would best serve to combat Hillary Clinton. However, with 60 percent of Americans believing that our government needs “very major reform,” our party must listen to the people in hearing their cry for political change. The status quo is no longer satisfying the majority of the constituents and that is evident in their support of Donald Trump.

And so, I challenge others to respect and embrace the importance of this movement. I also challenge our politicians to examine what led us to this point. Anyone who fails to recognize or abide by the consequence of these indicators is doing themselves, the Republican Party, and the U.S. a great injustice. Unfortunately, however, with the current political landscape, I’m not too optimistic the establishment will identify and accept the responsibility of these failures.