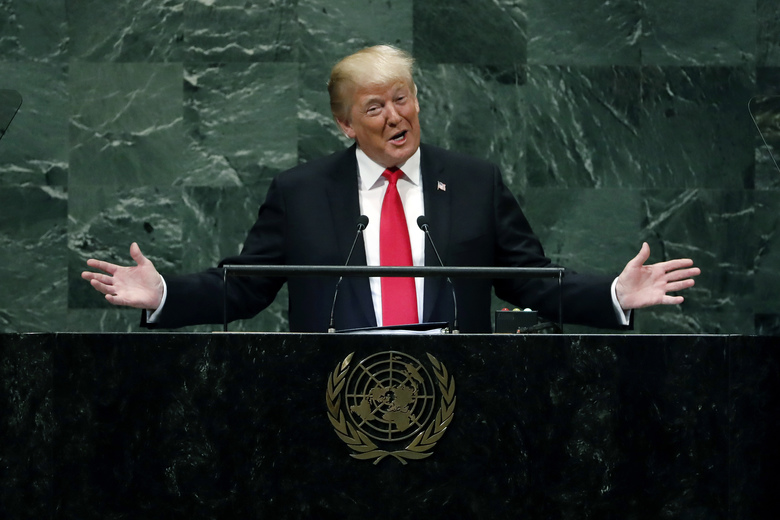 Liberal ideology can thus be broken down and summarized by three main concepts: reciprocity, interdependence, and multilateralism. Reciprocity refers to how players, and in this case I mean national institutions and their leaders, respond to one another. Players can either cooperate or retaliate. Cooperation is not a zero sum concept: it facilitates achievement of better outcomes for the players involved without causing harm to each other. Most often cooperation is associated with both formal and informal multilateral agreements. Retaliation refers to the decision of a player to reciprocate an action that has negative consequences for the other player involved, because the other player initially wronged the one who retaliates. Retaliation can be associated with economic, diplomatic, or militaristic unilateral responses that will cause some type of harm to the other player. Interdependence refers to the reliance nations develop on each other: it facilitates cooperation. Types of interdependence include economic interdependence as seen through international trade and international investment and security interdependence as encapsulated by alliance agreements. The term multilateralism indicates players working together to achieve a common goal: it signifies cooperation. Whereas unilateralism supports a single nation’s ideas and is composed of a single nation’s decisions, multilateralism integrates the ideas of multiple nations and creates unified decisions to further shared goals.

President Trump’s actions stand in complete opposition to internationally liberal ideology. By frequently pulling the United States out of international agreements, his unilateral decisions weaken interdependence and invite retaliation from other players. What is most unique about the situation Trump has created is that over the course of his presidency, he has intentionally made the decision to leave agreements to which the United States, under previous leadership, was already a member. It is this fact, that the United States has effectively reneged on its commitment to other international players, allies and enemies alike, that makes the situation so severe. With each withdrawal, the United States loses credibility among international players. This must be stopped. For in the liberal order, without credibility a player has no bargaining power and will not only experience a deteriorated  level of input and significance in making decisions, but will all together be cut out of the process. It is a necessity to honor these international agreements. The more of them from which the nation is withdrawn, the less power the nation has in the global arena.

Since his inauguration in January 2017, the President has withdrawn the United States from several international agreements, including The Trans- Pacific Partnership (TPP), the Paris Accord, the Iran Deal, and the Intermediate-Range Nuclear Forces Treaty. These treaties cover the topics of international commerce, climate change, and nuclear disarmament: all major affairs with major repercussions for the United States.

The TPP is an international commerce agreement between the United States and countries surrounding the Pacific Ocean in Latin America, Asia, and Oceania. The Paris Accord pertains to curbing carbon emissions and developing sustainable practices throughout the world, and this treaty is signed by all members of the UN. The Iran Deal is a multilateral agreement by the United States, France, the United Kingdom, Russia, China, and Iran to ensure that Iran’s nuclear program is exclusively peaceful. Finally, the Intermediate-Range Nuclear Forces Treaty, commonly called the INF, is a Cold War Era agreement between the United States and Russia (formerly the USSR), which requires both nations to eliminate their ground-launched ballistic and cruise nuclear missiles with intermediate range capacity. The treaty was initially signed by President Ronald Reagan and Mikhail Gorbachev, and was considered a groundbreaking, diplomatic achievement during a time of high tensions and hostilities. The first two treaties were signed in conjunction with the nation’s allies, while the second two were signed by the United States and the nations posing the largest threat to maintaining global order and peace.

While Trump has tried to rationalize pulling out of these agreements, one must not examine each individual withdrawal as a separate event. Rather, more important to examine is the repeated pattern of pulling out of multilateral, international agreements. In the words of Aristotle, the sum of the parts is greater than the whole. Each withdrawal amplifies the effects of the previous, and worsens the United States standing in the global negotiation ring.

In the liberal order, repetition is paramount. It is used to develop lasting, impactful measures to maintain international peace and security. Through repeated actions, relationships are built up and strengthened by continuous, interdependent operations. It follows the same principle as the old adage “practice makes perfect.” The more times an action is repeated, the better the results. Essentially, trust is built between partners with each multilateral, interdependent pact signed and implemented. A nation is only as good as its word. It is only a valued member of the treaty if the other nations can have faith in its commitment to the treaty. Without this commitment, players cannot rely on each other. They begin to act in their own self interest, regardless of the terms of the treaty, thus making the agreement meaningless.

With regards to the INF Treaty and the Iran deal, this is a dangerous pattern. Such agreements were developed to curb nuclear armament and limit Iran’s ability to gain access to a nuclear weapon. When President Trump decides to pull the nation out of these agreements he is making the active decision to disregard to reciprocity and exposes the nation to retaliatory measures. These include creation of new nuclear weapons by the Russians, hostile behavior, and resumption of uranium enrichment in Iran.