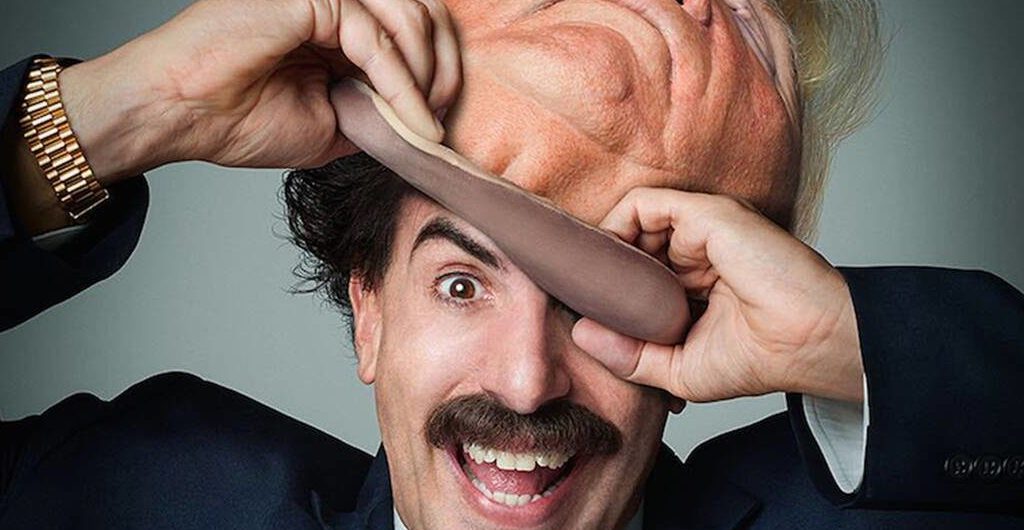 Moviegoers were first introduced to Sacha Baron Cohen’s satirical character, Borat (played by Cohen), a misogynist, homophobic, antisemitic reporter from Kazakstan seeking to gain “Cultural Learnings of America for Make Benefit Glorious Nation of Kazakhstan”. A polarized reception, “Borat” quickly became the highest grossing ‘mockumentary’ ever released with Cohen’s character becoming a worldwide pop-culture icon. While Borat shocked audiences with his absurd antics and lewd behavior, Cohen claims that his character is meant to expose the bigoted sentiments held by fringe groups of the United States. Many are not convinced that ‘Borat’ deserves the critical acclaim it garnered, confirming its place at the apogee of satire.

Writing for ‘The Slate’ in 2018, Inkoo Yang endorsed Borat’s exposure of prejudice in the United States, but believes the character “indulged our xenophobia too”. Kang’s concern is valid and warranted, as Cohen’s character embodies all that is despicable about nationalistic fervor and ignorance. Furthermore, Borat has given credence to the laughter of those who actually hold the sentiments represented by Borat. A vital question remains: is satire at fault when it is misinterpreted? Is it the very purpose of satire to hold up a mirror of absurdity for the interpreter and force them to either recognize the worst in themselves or recede further into the ignorance that existed, to begin with? Let us not forget the personal and intellectual background of Sacha Baron Cohen who graduated from the prestigious Cambridge University, is Jewish, and, as the keynote speaker at the Anti-Defamation League’s “Never is Now Summit” in 2019, spoke to the threat to democracy as misinformation facilitates the spread of bigotry. He also spoke to the necessity of his characters which expose the dangers of homophobic violence and widespread indifference to antisemitism. It would seem that Cohen is well aware of the misinterpretation of his characters, yet he defends his intent and the purpose of his characters as figures that expose bigotry.

On October 23rd of this year, ‘Borat Subsequent Moviefilm’ was released on Amazon Prime Video, creating a media maelstrom. Already, the second installment of Borat has been propelled into the spotlight with Rudy Giuliani defending his scandalous behavior (He was filmed fumbling with his trousers and groping the young protagonist of the movie), and Donald Trump, the “strong premier” himself, a frequent subject of the film, critiquing its release. While the second ‘Borat’ lacks the sheer originality of its predecessor, Cohen returns to the same subject matter – sexism, antisemitism, and broad bigotry with the same degree of absurdity and difficult-to-stomach moments of fictional and real ignorance. Regardless of the film’s semblance to its original,  Cohen’s timely release has maximized its political impact. As the United States grapples with the oncoming results of the election, vital to the outcome of its ongoing culture war, Borat Sagdiyev has returned to expose a nation that has arguably receded further into ignorance since his last visit in 2006 to “U.S. and A”. ‘Borat Subsequent Moviefilm’ tackles QAnon’s grip on the fringes of the American right, comparing the absurdity of Borat’s beliefs to those of America’s burgeoning neofascist and white supremacist movements. Watching these scenes play out, one might recognize the importance of Cohen’s characters at this moment. As misinformation fuels the sensationalized rhetoric of the current election cycle, Cohen has reintroduced a character whose dehumanizing belief system is mirrored all too closely by real political and social entities in this country. The relevant subject matter in the film validates Cohen’s intentions and gives credence to his acclaim within the genre of satire.

Phillip Roth once wrote, “Satire is moral outrage transformed into comic art”. By this definition, Cohen’s ‘Borat’ provokes all of the outrage becoming of satirical expression. Furthermore, Borat 2’s outrageous depiction of bigotry and ignorance meets us in a moment of political, moral, and social disorientation. Cohen’s satire articulates for many Americans, the reality of a nation that has lost, or just recognized, its fragile and distorted view of itself.‘Borat 2,’ if viewed correctly, demands that the viewer personally examine their own prejudice, a prejudice facilitated by the nation responsible for its creation. If one watches ‘Borat 2’ and only finds oneself carelessly laughing at bigotry, a misinterpretation of its satirical weight, it is no fault of Cohen. It merely confirms and exposes the sentiment that is present regardless of Cohen’s commentary. To truly understand the importance of Borat, the viewer must be willing to critically examine the beliefs held and expressed by the characters and subjects within the film. In this way, ‘Borat Subsequent Moviefilm’ is either a critical engagement with American ignorance and ever-present bigotry, or a crude comedy which scoffs at dehumanization. At the very least, Sacha Baron Cohen has earned his place within satire’s history of importance in the political sphere. In this historical moment of confusion and heightened divisiveness, maybe only an individual as outrageous as Borat Sagdiyev has the potential to hold up a mirror to a national identity that can hardly make sense of itself.

Jess Lucas is a junior philosophy student at Fordham Rose Hill. He is passionate about using his degree for civic engagement with plans to pursue a law degree following graduation. With interests in philosophy, music, film, and politics, Jess seeks to foster an intersection of disciplines and perspectives in his writing.