Strict Standards: Declaration of Custom_Menu_Wizard_Sorter::walk() should be compatible with Walker::walk($elements, $max_depth, ...$args) in /home/s2ncq8pxua8t/public_html/wp-content/plugins/custom-menu-wizard/include/class.sorter.php on line 0
 “We Will Stop the Mine”: Mining, Decolonization, and Greenlandic Independence – FORDHAM POLITICAL REVIEW
Skip to content
Latest News
The Virginia Governor’s Race and What it Means for the 2022 Midterm Elections
Kyle Rittenhouse’s Sixth Charge
Looking Back as President Biden Confirms 2024 Run for Re-election
Bill Cosby Trial and the Definition of Consent
The Trial You Didn’t Know Was Happening 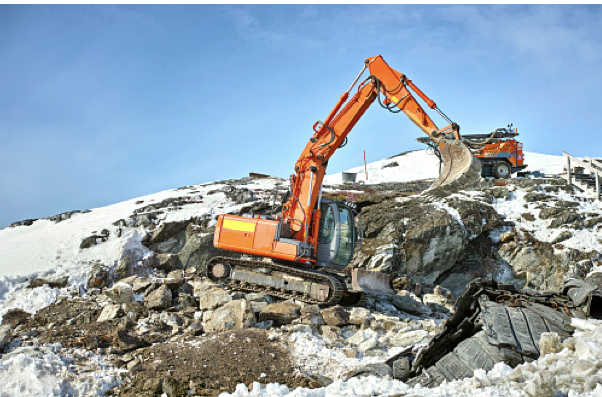 In 2019, when Donald Trump announced his intention to purchase Greenland, the proposal was met with domestic ridicule and foreign irritation. Denmark was aghast that another country would seek to take their colony. The farce that was Trump’s proposal papered over the long history of Denmark’s colonial rule over the island, a history that includes the suppression of the Inuit language and culture, the dehumanization of the indigenous population and exploitative resource extraction. The largest island in the world, with its tiny population of 56,000, has spent the last 300 years as the vestigial possession of a minor European colonial power, valued for its strategic position in the Arctic but largely ignored by the rest of the world besides for an American offer proposed on a whim. However, the world’s eyes have now turned to Greenland’s snow-blanketed shores. Near the town of Narsaq, in the rocky hills of Kuannersuit, lies 25% of the global untapped supply of rare-earth minerals and the 6th largest uranium deposit in the world.

Rare-earth minerals are crucial for the production of camera lenses, catalytic converters, batteries, electric motors, wind turbine generators, cell phones and a myriad of other technologies. Currently, China dominates the mining of rare-earth minerals, accounting for nearly ⅔ of global production. Access to this strategic resource is a major American foreign policy concern, and China has attempted to maintain its commanding position. Greenland’s bounty of rare-earth minerals and other resources has drawn the attention of both powers, leading to tense international competition over who will exert control over the mining development at Kuannersuit. The rights to the project are owned by Greenland Minerals, an Australian company whose largest investor is Shenghe Resources, a Chinese mining giant with a 10% stake. Shenghe Resources has been building a global rare-earth empire and is a key node in China’s resource strategy. Even given the presence of Chinese capital, the European Union has a keen interest in Greenland’s natural resources. The development of Greenland’s rare-earth mines could enable the EU to lessen its dependence on Chinese rare-earths. Of course, Denmark was ecstatic at the prospect of its colony paying off, and the government made plans for a new nuclear power plant in Copenhagen, fueled by Greeland’s uranium.

The United States has been actively countering Chinese influence in Greenland and even fears Russian encroachment on its Arctic sphere of influence. The world powers bicker over Greenland’s riches like vultures competing over carrion, all engaged in a power play for control over the metals that drive green and information technologies. Greenland’s strategic importance has never been greater; the timing of Trump’s proposal was no accident, however ridiculous it was. However, this fight over who would reap the rewards of the Kuannersuit mine and other developments reveals the arrogance of the imperial powers. All assumed that the people of Greenland, long ignored under the heel of the Danish crown, would simply allow their island to be stripped bare for international capital. As Greenland Minerals discovered, that was not the case. It was time for Greenlanders to make their voices heard.

Since the creation of the autonomous Greenlandic parliament, the Inatsisartut, in 1979, Siumut (“Forward”) has been the dominant party, governing for almost the entirety of Greenland’s history, except for a brief 4- year period following the 2009 election. Siumut portrays itself as a pro-independence and social-democratic party but, in practice, supports a more gradual path towards autonomy. Given that the party has continuously governed Greenland for decades, and the country is no closer to independence from Denmark, their commitment to decolonization is up for debate. The party’s leader, Erik Jensen, who served in Siumut Prime Minister Kim Kielsen’s cabinet as Minister of Mineral Resources and Labour, is a strong supporter of developing Greenland’s mining potential. Jensen sees development as a precursor to independence, as a way of establishing a Greenlandic economy that is not reliant on the roughly  USD $585 million annual block grant from Denmark that constitutes around 20% of the island’s GDP and more than half of the public budget. Even though Siumut supports the expansion of the mining industry, Jensen and his separatist allies have echoed concerns that the benefits of the Kuannersuit project would not be reaped by Greenlanders, a conflict that put him at odds with his party’s former leader, Siumut stalwart Prime Minister Kielsen. The conflict between Kielsen and Jensen, between the separatist and moderate sections of Siumut, eventually resulted in the fall of the government early this year. When Kielsen was forced to call a snap election, everyone knew that the contest, and the future of Greenland, would be decided on the issue of mining alone.

For many of Greenland’s Inuit, what was at stake here was not the abstract issue of economic development but the survival of their way of life. Climate change is melting the ice that covers 80% of the island, and shifting weather patterns have already disrupted traditional hunting and fishing practices. One of the many insults heaped upon Greenland by the Danes is that it cannot represent itself in international climate negotiations, its colonial status silencing the interests of the indigenous population. And now, the Kuannersuit mining project presents another threat to Greenland’s fragile ecology, especially concerning the mining of uranium. Narsaq, the town that lies only miles away from the mine, would see tailings deposited in a nearby lake and would have to have its water shielded from radioactive waste by a dam built by Greenland Minerals. Farmers, sheepherders, and fishers began to form groups such as Urani? Naamik (Uranium? No, Thanks) to oppose the mine. Mariane Paviasen and other indigenous residents of Narsaq organized against the development, with Paviasen looking across a farm near Narsaq and observing, “This is one of the most beautiful places in Greenland, It’s worth fighting for.” She and her allies had a simple message for the government: “We will stop the mine.”

The main opposition party in Greenland is Inuit Ataqatigiit (“Community of the People”), a socialist and environmentalist party with more direct aspirations for independence. IA leaders, such as Mute Egede, criticized the Kuannersuit mine for the potential ecological cost, as well as for the fact that mining would not be a viable path towards true independence. Narsaq is Greenland’s only agricultural region, and its destruction would make the island completely reliant on outside imports. Furthermore, Denmark would take a large share of the profits from the mine, as would the various international interests who want to see the mine developed. Greenland would simply become another neocolonial node in global markets, formally independent but ruthlessly extracted for its natural resources and dependent on its former imperial master. IA represented a different orientation towards independence than Siumut’s developmentalism – representing the will of the indigenous people of Greenland and protecting their autonomy, not just striving for the political independence of a nation-state.

That is why they won. Securing 37% of the vote, IA formed Greenland’s current government alongside the even more forcefully independence-minded populist Naleraq party, with Mute Egede as Prime Minister. Mariane Paviasen was elected to the Inatsisartut as an IA member, her victory heralding the end of the Kuannersuit project, to the joy of the denizens of the town it would destroy. Upon IA’s victory, Egede went on Danish TV and announced that the mining development was dead, though his government is open to other, less destructive rare-earth mining projects. Though Kuannersuit would have provided the island with hundreds of jobs, Egede was clear that Greenland’s environment is “something that money can’t buy”.

Already, Egede’s government has won the right to manage its own foreign and military affairs for the first time. Some members of the government have even been swept too far by the pro-independence tide. Foreign Minister Pele Broberg was forced to resign after calling for an Inuit-only independence referendum, in which the “people who colonized the country [would not be able] to decide whether or not they may stay.” The drive towards Greenland’s independence will certainly not succeed overnight, but the direction the country is moving towards a horizon once thought impossible.

The irony of rare-earth mining in Greenland is that the very resources needed to combat climate change with renewable energy cause the destruction of the ecologies of the people impacted most, a process that has become apparent in Bolivia in recent years, another country where indigenous peoples have seized the reins of power in a settler colony. We in the imperial core must be wary of this Green colonial logic. It is not the moral obligation of indigenous peoples to accept the annihilation of their livelihoods to help combat the crisis our overproduction has birthed, especially not when they would not even see the benefits of the extraction. Regardless, IA’s argument is not that there are no disadvantages to canceling the mine but that the decision is theirs – not Denmark’s, not China’s, not America’s, not capital’s, but Greenland’s, or as IA prefers to call it, Kaallitt Nunaat, an Inuit name that underscores the decolonial politics of this unique moment in the island’s history.