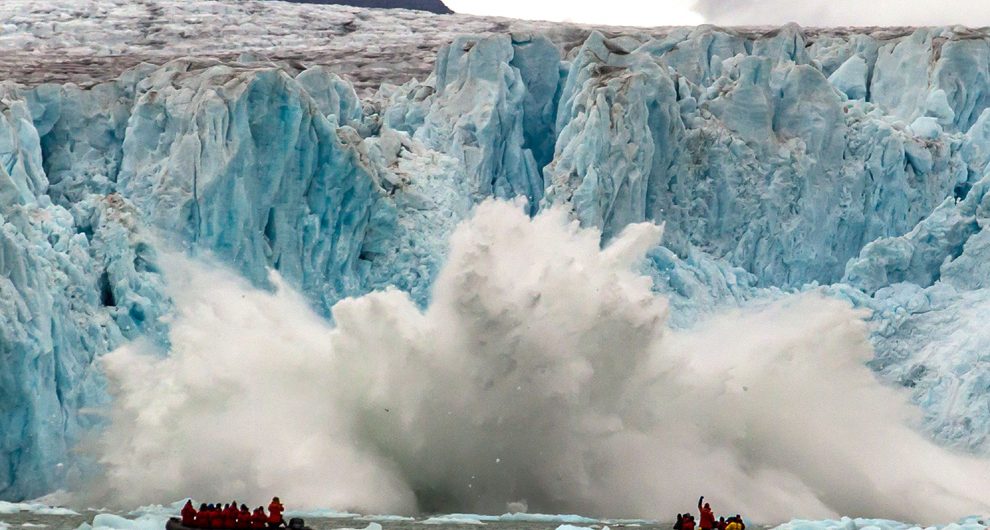 In this historic presidential primary race that has so far been characterized by chaotic rallies, a disjointed GOP, and a real estate mogul turned Republican frontrunner, media outlets have enjoyed an abundance of issue-pertinent and drama-filled footage.

Over the past few months, the country has watched primary candidates debate headline issues such as minimum wage and immigration, but one issue has been largely absent from the candidates’ campaigns. After a close second-place finish at the first caucus in Iowa, Bernie Sanders stated in his speech: “The debate is over: Climate change is real,” bringing widespread attention to one of the most pressing long-term issues facing our country for the first time.

Although the Obama Administration has frequently addressed the issue of climate change, it remains far from being a headline issue in this presidential primary race. One reason for the lack of environmental concern in this election is lack of voter interest. Polling has suggested that for voters, especially Republicans, concerns about climate change are very low on the list of voters’ priorities.

For some, this may come as a surprise, especially considering seven out of every ten Americans believe there is evidence supporting climate change. For others, however, the general lack of interest in the environment may not come as a big shock, as short-term threats to public wellbeing, like terrorism, weigh much more heavily on voters’ minds. This differs from the issue of climate change, which only becomes more concerning in the long run.

The idea that climate change is not considered a pressing issue for most voters or candidates in this election is extremely concerning and, frankly, shocking in this day and age. There are numerous indications that climate change is an alarming reality, including rising sea levels, an increase in global temperature, and a decrease in Arctic Sea ice. If our country fails to combat global warming in the future, we may see devastating effects in the form of harmful changes to our planet and its organisms, such as animal extinctions and a larger number of droughts.

Nevertheless, several months into this presidential primary race, the majority of voters, if asked, would likely struggle to describe any of the potential presidential candidates’ plans for addressing climate change.

On the Democratic side, voters can find answers to such a question in both candidates’ presidential agendas, which outline detailed plans of action addressing carbon emissions, renewable energy, and global warming. As for the Republican candidates, however, voters will not find any mention of an environmental action plan in their platforms.

According to Hilary Clinton’s official presidential campaign website, one of the 28 issues she plans to address if elected is climate change and energy. Summarized by the subheading “Making America the clean energy superpower of the 21st century,” Clinton’s plan is dedicated to fighting climate change, but not at the expense of the U.S. economy. Her goals focus on greater development of clean and renewable energy, including the installation of half a billion solar panels, cutting greenhouse emissions by 30 percent, and creating jobs by turning the country into a superpower of clean energy — all of which she plans to achieve within 10 years of taking office.

Members of both parties have questioned her plans regarding the environment, including former Democratic primary candidate Martin O’Malley who stated, “under her plan the planet would literally burn up.” O’Malley has criticized Clinton’s plan for taking an incremental approach as well as being unrealistic about the extent to which her plan relies on solar panels for residential energy. Bernie Sanders has also brought into question Hillary’s stance on the Keystone pipeline, calling to mind how she was “inclined” to approve the pipeline in 2010, yet this year spoke in opposition to its construction.

Bernie Sanders has proven to be the most vocal candidate when it comes to the issue of climate change. His official website lists “Combating Climate Change to Save the Planet” as one of the main issues of his platform. His plan includes banning fossil fuel lobbyists from working in the White House, investing, like Clinton, in solar energy, and building a high-speed rail in hopes to increase transportation efficiency and cut carbon emissions. One of the greatest differences between the two Democratic candidates’ plans for addressing climate change is Sanders’ inclusion of a carbon tax that he hopes will cut greenhouse gas emissions by 80 percent from 1990 levels. This tax has been one of the most criticized aspects of Bernie’s plan with some saying it would lead to an increase in unemployment and a loss in average income.

Finding information on the Republican candidate’s plans for addressing the issue of climate change proves more difficult. No such plans exist. Neither the two current front-runners of the Republican Party, Donald Trump and Ted Cruz, nor recent dropout Marco Rubio have any dedicated category pertaining to the environment listed under the “issues” section on their official websites.

When the issue of climate change has been brought up to any of the three candidates, the responses have had a tendency to be rather similar. “I don’t believe in climate change” has been a popular quote hurled by Trump at those critical of the GOP’s lack of environmental concern. Trump has argued that taking action to fight global warming would bring harm to companies in America.

Likewise, in 2015 Cruz stated that he did not believe the scientific evidence that the planet is warming. Rubio’s largest concern on the matter has been the economic issues that could result from attempts to combat climate change, like a carbon tax, and he has voiced that such initiatives could make job creation in America too difficult.

Regardless of the impending consequences facing Earth as a result of continuing climate change, there are other implications of global warming that should concern all of the current presidential primary candidates. Many of the Republican candidates have stated that they do not want to pass laws combating climate change because they do not want to prevent economic growth in our country. Trump, Rubio, and others, however, fail to acknowledge that the continuing rise in temperature will spell great consequences for both the global economy and our domestic economy. A world with warmer temperatures will mean a change in growing seasons, changes in precipitation, and stronger hurricanes, all of which will negatively affect production in industries such as agriculture.

What our country needs now is presidential candidates actively debating and addressing the issues of protecting the environment and combating climate change. To achieve this reality, voters need to start viewing environmental issues as matters of top priority, putting pressure on the candidates to bring these problems to the forefront of the discussion during an election.

We need to start considering the consequences that the world will face if we as a nation do not start taking better care of the environment and working against climate change. This issue of the environment can no longer be an afterthought. It is the responsibility of both the voters and candidates to make the climate a headline matter in this election and future ones to come.