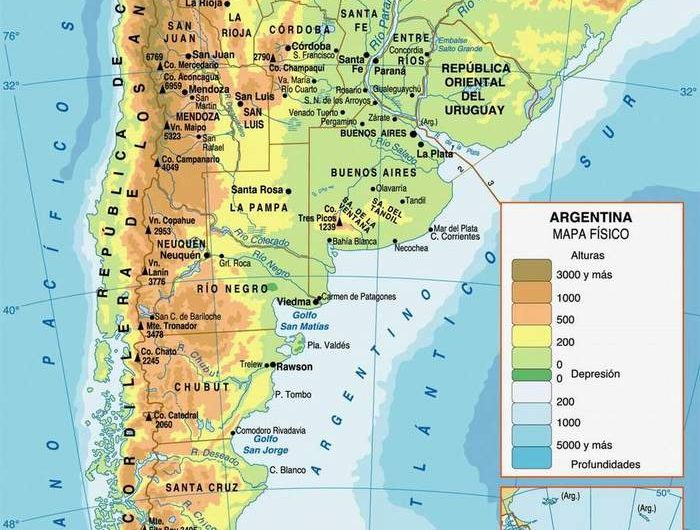 Since the middle of the twentieth century, the Argentine economy has presented economic historians with a narrative rich with paradox. Argentina has served as both darling and pariah of the South American economy, enjoying robust growth, but also jettisoning her bondholders nearly six times in her modern history. At the outset of the twentieth century, Argentina seemed poised to become one of the world’s great powers. In fact, around that time, Argentina and the United States were quite similar.  Both absorbed large influxes of European immigrants that helped to fuel their agricultural growth and were commodity, exported-oriented economies. By 1900, Argentina was the tenth largest economy in the world.

Fast forward to 2002, when the Argentine government collapsed under the weight of a four year recession. The events around her default provide ample opportunity to reflect upon her decline, in an economic era increasingly defined by fiscal imprudence within the world’s developed economies.

In 2001, the scope of Argentina’s fiscal problems were immense. According to the IMF, total public debt grew from 63% of GDP in 2001, to 150% of GDP in 2002, following default and devaluation.  Overnight, nearly $100 billion was owed to foreign creditors and bondholders.  With urgency and introspection, default brings vast social and political restructuring, designed to fundamentally mitigate the probability of future default and represents an almost unavoidable loss for bondholders.

Six years removed from her crisis, Argentina has begun a steady resurgence toward solvency, that may provide a few notable lessons for the global economy’s most recent spate of sovereign restructurings.  Her recovery has begun, in part, with political change. The 2009 presidential elections served a resounding defeat to the ruling Kirchnerista, Peronist Party, that had shepherded the country into economic ruin a decade earlier. Argentinean domestic politics have traditionally been characterized by runaway domestic spending and social welfare rhetoric, designed to temporarily redirect populist ire towards the ruling elite during the course of the political cycle.  Yet high tariffs on the country’s hugely valuable agricultural exports—soybeans, wheat, beef and grapes (wine, naturally)—and the nationalization of the country’s pension system, seem counterintuitive to her effort to emerge from a mountain of national debt.

Where Brazil is South America’s solid example of emerging market growth, plowing through the 1980’s and ‘90’s debt crises, Argentina is the tenacious rascal, ever recovering from some recent bout of runaway inflation, or ill-timed period of monetary tightening, yet managing to right herself in the face of mounting domestic and international pressures.  Although the Argentine economy has enjoyed the benefits of a five year run in global commodity prices, her intemperance decades prior has prevented her from keeping pace with her neighbor to the north.

Moreover, she remains somewhat unusual among emerging economies.  Growing at a 9% clip, Argentina is nevertheless constrained by political ineptitude and the circumspection of foreign investors who remain wary of her dubious fiscal track record.  In 2011, the Brazil-Argentine economic waltz may remain a particularly overlooked relationship within the global economic debate, with regard to the emerging market debt and commodity trade. Both Brazil and Argentina have presented strong GDP numbers since 2008, growing at an annualized 6.4 and 8% respectively.  Both are export-oriented, geared toward a stable of commodities that fuel global industrial and consumer growth.

Taking this comparison a step further, Brazil is the fiscally responsible sibling to the misbehaved Argentina, prudently tightening fiscal and monetary policy in the face of the 2001-2002 recessionary slump, while Argentina devalued her currency, abandoned a fixed exchange rate and defaulted on billons of public debt. Yet their growth stories have remarkably converged in the last years of the past decade and provide a blueprint for recovery from Europe’s most recent sovereign defaults.  Like Europe’s periphery, the Argentine Peso languished under a fixed exchange rate in the 1990’s. In 1998, three years of deflation ultimately collapsed her dollar-peg in 2001 and led to subsequent default. As prices rapidly declined, Argentina’s debt (in real terms) grew unsustainably. Yet the parable of the single fixed-exchange currency doesn’t quite provide us with a model for Greece or Portugal, whose place within the European monetary union provides a different set of challenges.

Rather, the Argentine recovery presents an interesting guide for policy responses to financial crises in emerging economies.  In the immediate aftermath of her public default, the Argentinean government addressed three core issues: policy adjustment, corrections to fiscal and current account deficits, and debt restructuring to ensure long term financial stability.  In Argentina, the ability and willingness to service debt are two different issues, some policy makers assert that not all residual financial resources should be employed in this effort. Thus, there emerged a tug of war between resources needed to maintain basic social programs and welfare benefits and those needed to service the debt.  This friction has also been replayed across Europe in recent months, as debates over what percentage of public finances should be siphoned from social welfare programs and angry mobs of students take to the streets of London and Athens.

So, what can account for Argentina’s robust growth of late, or her ability to grow during the trough of the global recession (0.9%)? Argentina’s economic growth remains bound by world commodity prices, particularly that of soybeans, whose steady rise since 2005 has masked her economy’s 20% annual inflation rate and its affect on real wages and income.  For one, Latin America remains a strong counterpoint to growth in Asia, as China’s sovereign wealth fund looks to marshal their vast reserves with oil and commodity exporters.  Moreover, comparatively slower growth in Brazil may shine a spotlight on Argentine exporters, up to the point that global markets may not shy away from her headline inflation risk.

It appears that one cannot pin the blame for Argentina’s fall from grace on one single event; her problems had festered for decades before her spiral into default.  Rather, a general malaise seemed to have contributed, in aggregate, to Argentina’s inability to match Brazil on the world stage. This malaise characterizes the economic behaviors of Argentine society, one largely grounded in the rural backbone of the country’s, agrarian, export-oriented economy and removed from the progress of urban, industrial capitalism. Argentinean’s have a legacy of distrusting their banks, thereby depriving the system of liquidity and credit.  In addition, a widely held paternalism among rural exporters contributed to a lack of cohesion in response to the debt crisis in 2001; modernizing urban sectors continue to break with highly traditional rural-based elites.  Nevertheless, Argentina’s progression into this new decade may yet continue to excite global equity investors and rekindle her growth story of yore, providing a new, powerful player in the Americas and the globe.

2,418 thoughts on “What Happened to Argentina?”