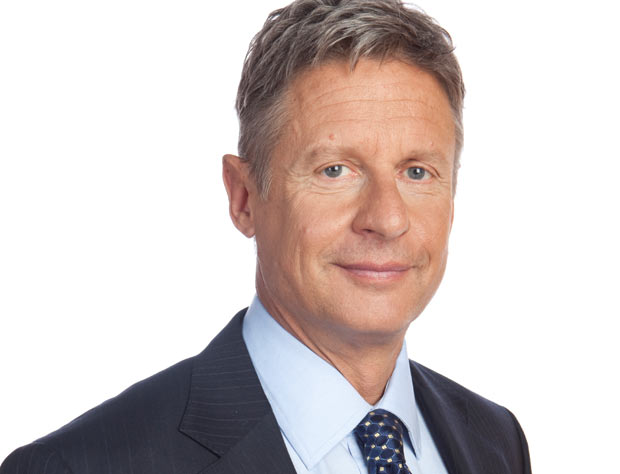 This election has been particularly chaotic and divisive. In the Democratic Party, voters were split between Hillary Clinton and Bernie Sanders while everyone had almost forgotten about David Webb, Lincoln Chafee, or Martin O’Malley. On the other hand with the Republican Party, we saw a similar divisiveness. Out of the more than 15 candidates that were running at one point for the Republican nomination, the tension was exacerbated when the choices came down to either Donald Trump or Ted Cruz during the primary voting. The outcome of the primaries left us with a showdown between Hillary Clinton and Donald Trump, leaving the Bernie Sanders camp betrayed and establishment members of the Republican Party worried about the party’s future as some joined the “Never Trump” campaign.

Dissatisfied with their two choices, many voters wonder if there is a viable alternative to Trump and Clinton. Thankfully, I am proud to say that alternative is the Libertarian nominee, Gary Johnson.

First, it’s necessary to understand what a libertarian is and what a libertarian stands for. Like all parties, there are varying degrees of positions in the Libertarian Party. I like to think of these varied views within the party along a spectrum. For example, within the Democratic Party, Clinton is a more moderate Democrat and Sanders’ positions place him on the far left side of the Democratic party spectrum. The Libertarian Party is no different; however, there are still many core principles for which almost all libertarians stand.

Libertarians “seek a world of liberty; a world in which all individuals are sovereign over their own lives and no one is forced to sacrifice his or her values for the benefit of others.” They “believe that respect for individual rights is the essential precondition for a free and prosperous world, that force and fraud must be banished from human relationships, and that only through freedom can peace and prosperity be realized.” With this affinity for liberty, Libertarians embody a unique quality that I don’t find in either the Democratic or Republican Party. This belief in individual liberty asserts that government does not have the right to prohibit or restrict behaviors on the grounds that policy makers or individuals simply disagree with them.

One example of this quality is domestic drug policy. The U.S. has numerous laws that prohibit and restrict drug use – one of the most prominent cases being marijuana. In the United States, marijuana is listed as a Schedule I drug, meaning that using, selling, and possessing the drug is illegal under federal law. To a libertarian, these laws are a direct infringement of an individual’s liberty; for libertarians, what an individual ingests into his or her own body is solely the jurisdiction of that individual, not the government. An individual’s choice to use marijuana as a legal adult does not directly harm others and does not infringe upon others’ rights, safety, or ability to lead their own lives. Simply disagreeing with the use of marijuana is not sufficient grounds to justify the government illegalizing an individual’s behavior and violating his or her personal liberties under the threat of fines, confiscation of property, or imprisonment. Now in cases where the usage of marijuana directly harms or contributes to the harm of others, laws and regulations are justified. DUI laws are a simple example. They are justified in this case because driving while under the influence of drugs or alcohol puts others directly at risk as that individual is unable to safely and responsibly operate their vehicle as a result of their voluntary drug use.

My example regarding domestic drug policy highlights not only Libertarians’ love for individual liberty but also touches on Libertarian policy as well. Libertarians are socially tolerant and inclusive. Additional examples include support for same-sex marriage, support for a women’s right to choose to have an abortion, and support for the Second Amendment. Additionally, Libertarians are fiscally conservative and want to reduce the size of government and its role in the economy. Examples of Libertarian fiscal policy include reducing income tax rates, reducing corporate tax rates, reducing government regulations in the labor market and healthcare, maintaining a balanced budget, engaging in free trade rather than engaging in protectionism or isolation, and reducing government price control intervention. If this mindset had to be summed up very simply, it would be that government should drastically reduce its involvement in the economy and allow the free market to operate with as little restriction as possible.

Although foreign policy stances, I would argue, vary the most between individual libertarians, there are still some general principles that are held. Libertarians are not isolationists, but they also do not believe that the United States needs to be the world’s policeman. Furthermore, the United States should not be involved in nation building or military intervention of other countries and should not have compulsory military service. It must be stressed that these foreign policy positions do not mean that libertarians are pacifists. Libertarians recognize the vital need for the United States to maintain an effective military for national security.

Now, who is Gary Johnson and what are some of the policies for which he has advocated? Gary Johnson served as governor of New Mexico for two terms as a Republican, where some of his major accomplishments included cutting taxes more than ten times, vetoing hundreds of bills, and balancing the state’s budget where it boasted a two billion dollar surplus by the time his two terms ended. Johnson has also had a very successful record as a small business owner.

But more important than who he is, where does Johnson stand on many of the big issues for policy? On social policies Johnson advocates for, among others, the right of women to choose to have an abortion, gay marriage, eliminating affirmative action, legalizing marijuana and ending the war on drugs. On the budget and economy, Johnson wants to reduce the federal budget and balance it, eliminate farm subsidies, eliminate the income tax and replace it with a variation of the fair tax, audit the Federal Reserve, and eliminate the corporate income tax. Building on top of these two categories, Johnson is also a strong gun rights advocate, strongly supports free trade and immigration, and favors implementing school choice to force the public school system to compete.

The aforementioned examples are only a small and general sample of the policies held by Libertarians and Gary Johnson. The purpose of this article is not to persuade you to vote for Gary Johnson in this election but rather to provide a sizeable introduction to the party’s philosophy and policies and remind people that the Libertarian Party is out there. A critique of Johnson’s policies would be subject to a separate article altogether. However, if there is one thing that you remember from this article, it should be that the Libertarian party essentially wants to reduce the size of government so that you as an individual are left with more liberty and more able and free to pursue your own ends and desires as you see fit, barring that your actions do not infringe upon the rights of others.