Strict Standards: Declaration of Custom_Menu_Wizard_Sorter::walk() should be compatible with Walker::walk($elements, $max_depth, ...$args) in /home/s2ncq8pxua8t/public_html/wp-content/plugins/custom-menu-wizard/include/class.sorter.php on line 0
 What’s Wrong With Kamala Harris? – FORDHAM POLITICAL REVIEW
Skip to content
Latest News
The Right is on the Rise in the U.S. But it’s Failing Elsewhere.
Race and Wrongful Convictions
Midterm Elections to Test Trump’s Influence on Republican Party
A Story You Might Have Missed – A Climate Activist and the Supreme Court
A Step in The Right Direction: What Biden’s Reaffirmation of the Armenian Genocide Means for the Future of Human Rights 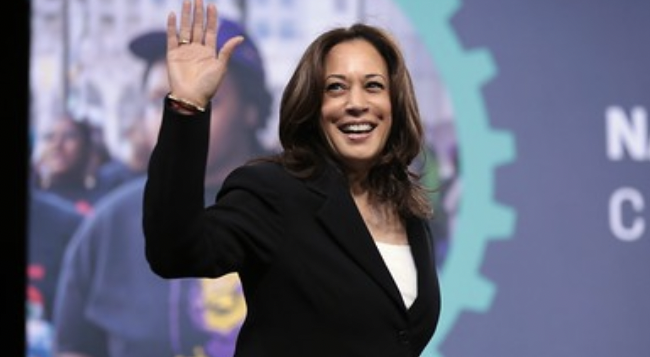 In 2010, working as the Vice President to Barack Obama, Joe Biden jokingly offered, “It’s easy being vice president – you don’t have to do anything.” While then-Vice President Biden was surely not serious, there is some degree of truth to the statement. The position of vice president has historically served as a stepping stone to the presidency with many of the duties being symbolic. If the position of vice president is relatively symbolic and much less important than the presidency, why is Kamala Harris such a despised figure?

A USA Today poll put Vice President Harris’ approval rating at 28% – a horrifically low number that exceeds the 30% rating of Vice President Cheney. To even compare with Dick Cheney is horrific: the overwhelmingly despised former Vice President escalated US torture methods, shot a man during a hunting trip, helped start the Iraq War, and capitalized on the financial prowess of the defense corporation Halliburton. Polling with truly awful numbers, a multitude of causes define the low level of support for Vice President Harris.

Biden has tasked Vice President Harris with two highly polarizing and extremely important tasks – voting rights and immigration reform – that have certainly contributed to her low approval rating. Progress has stalled on voting rights: the Democrats failed to get the 60 votes needed to bypass the filibuster to approve the John Lewis Voting Rights Act; a myriad of moderate Democratic Senators refused to support a carveout in the filibuster for voting rights. And with many states already passing or in the process of passing gerrymandered Congressional maps, voting rights will only further suffer. Though Harris herself has expressed her support for the John Lewis Voting Rights Act, any gridlock on voting rights will reflect poorly on her.

Certainly, immigration is equally as contentious to the American public. Right-wing discourse emphatically and irrationally emphasizes the idea that migrant caravans, characterized by COVID-19 super spreaders, are traveling towards the United States. Simultaneously, the Biden administration has increased the number of deportations that had fallen since the onset of the pandemic. The controversial Remain in Mexico policy that Biden terminated on his first day in office has now been reinstated: immigrants traveling to the US must remain in their home country until their court date. Facing partisan attacks from both sides of the aisle on the issue of immigration, it makes sense that Harris’ approval rating is so low.

Harris’ approval rating simultaneously reflects the American public’s view on the administration as a whole, a view that has become significantly more negative in the past months. The same USA Today poll had Biden’s approval rating plummeting to 38%. All in the recent months, the administration has dealt with the Taliban takeover in Afghanistan, gridlock on the bipartisan infrastructure package, inflation on common goods, an increase in school shootings, and the Omicron variant. While many of these events are out of Vice President Harris’ control, she, being part of the Executive Branch and the administration, will inevitably face blame for any administrative shortcomings.

Finally, Kamala Harris – the first woman, Black individual, and South Asian individual to hold the vice presidency – faces an incessant slew of racist and sexist attacks. Before the first presidential debate, Former President Trump offered the same ‘birther’ conspiracy that President Obama faced during his tenure: “I heard today that she doesn’t meet the requirements… I have no idea if that’s right.” A report by the Los Angeles Times further describes the bigoted attacks against the vice president: “As Harris’ stature has increased, so has the volume of sexist, violent, and misogynist attacks against her on social media.” When evaluating her political contributions, Kamala Harris is far from perfect, but an onslaught of intolerant attacks against her gender and race have certainly complimented her low level of support.

To say that Vice President Harris is simply an awful politician ignores much of the context around modern American politics – the racist and sexist attacks against a woman of color, the Vice President having their approval rating tied to the President’s actions, and the important duties that Harris has. To expect a politician to solve two of the most polarizing and complex issues – voting rights and immigration – is nothing short of insane; to then run that same politician in 2024 and expect the public to fully support her is insane. The DNC must be wary of putting a politician with a 28% approval rating on the ticket for 2024 if they want to retain control of the White House or acknowledge the factors that have led to the unpopularity of Kamala Harris.