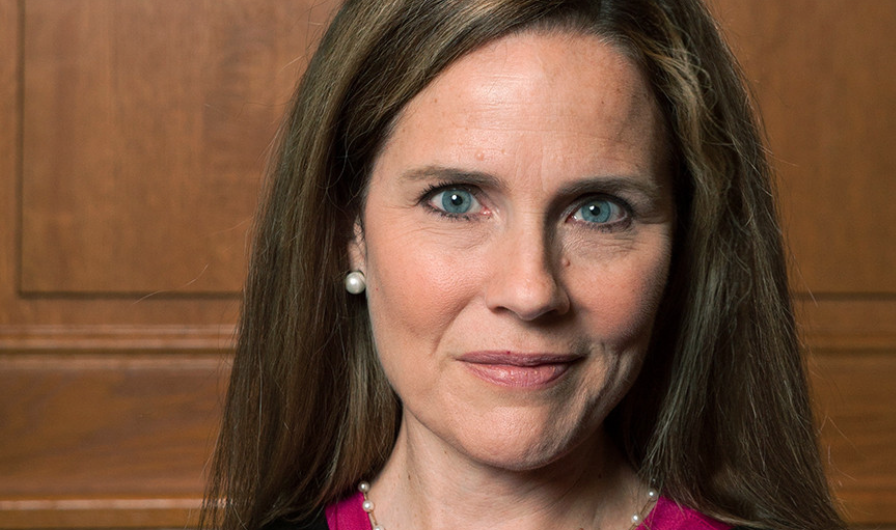 Amy Coney Barrett is the Supreme Court’s newest associate justice of the United States as of October 27, 2020, making her the fifth woman to ever be on the Supreme Court. Just eight days before the presidential election, she was confirmed by the Senate with a vote of 52 to 48. Barrett was nominated by President Trump, making her Trump’s third justice appointed during his term following Justices Kavanaugh and Gorsuch. Her nomination comes after the death of Ruth Bader Ginsburg, who had served on the court since her appointment in 1993 from Bill Clinton. With this being Trump’s third successful nomination, what does this mean for the Court? Who is Amy Coney Barrett and what are her policy views? How may our rights be affected; specifically how may Roe v.Wade be affected?

Barrett, born on January 28, 1972, is a forty-eight-year-old who grew up in New Orleans, Louisiana. Barrett is the oldest daughter to Michael and Linda Coney who have six other children. Barrett received a Catholic education growing up having gone to St. Mary’s Dominican High School with her father was an ordained deacon. Following high school, Barrett graduated at the top of her class from Notre Dame Law School in Indiana, being the only Justice to not have a law degree from either Harvard or Yale. She then served as a law clerk for Judge Laurence Silberman and then for late Justice Scalia prior to being nominated by Trump to the United States Court of Appeals for the Seventh Circuit. Barrett was a federal judge on the Seventh Circuit for three years until her nomination for the Supreme Court in 2020. Based on these credentials, there has been controversy over how qualified Barrett is. Barrett has also been considered the most conservative Justice currently on the Court, so how may her policy views affect cases already in place?

A prominent topic of debate since Barrett’s appointment is whether Roe v. Wade will be overturned. During Trump’s presidential campaign in 2016, he ran on the premise that he would appoint justices that would overturn the landmark decision allowing women the right to have an abortion. Although Barrett has yet to make an official statement that she will overturn Roe v. Wade, Trump, as previously stated, has appointed Kavanaugh and Gorsuch who have been vocal about their disagreement with abortion rights. In a 2013 Texas Law Review article though, Barret stated how turning over precedents as Roe “risks undermining the stability of constitutional law” and that a Supreme Court case should not be a “restricted railroad ticket, good for this day and train only.” Despite this statement, Barret, a devout Catholic, had also stated during a nomination for the U.S Court of Appeals in 2017 that abortion is “always immoral.” As stated previously, Barrett had also clerked for Justice Scalia, who was very conservative, anti-abortion, and a critic of Roe v. Wade. Whether or not Barrett will vote to restrict abortion rights is somewhat up in the air. Although Barrett has not given an official statement, many Democrats have been outraged and worried about whether their abortion rights will be revoked.

The nomination of Amy Barrett shows how important it is for American citizens to vote. Presidents can appoint Supreme Court Justices only with the Senate’s confirmation. In rare circumstances like Trump’s, where he was able to appoint three Justices to a bench that only holds nine, it shows how crucial our votes are. Whether or not you support Barrett’s views and the controversial Roe v. Wade, the Supreme Court plays an essential role in the rights we hold as Americans. Voting for a President who will share one’s personal beliefs is the most direct way to enforce one’s ideologies on the influential Court that immensely impacts our rights year to year.