Strict Standards: Declaration of Custom_Menu_Wizard_Sorter::walk() should be compatible with Walker::walk($elements, $max_depth, ...$args) in /home/s2ncq8pxua8t/public_html/wp-content/plugins/custom-menu-wizard/include/class.sorter.php on line 0
 Why Is Child Care So Expensive? – FORDHAM POLITICAL REVIEW
Skip to content
Latest News
The Virginia Governor’s Race and What it Means for the 2022 Midterm Elections
Kyle Rittenhouse’s Sixth Charge
Looking Back as President Biden Confirms 2024 Run for Re-election
Bill Cosby Trial and the Definition of Consent
The Trial You Didn’t Know Was Happening 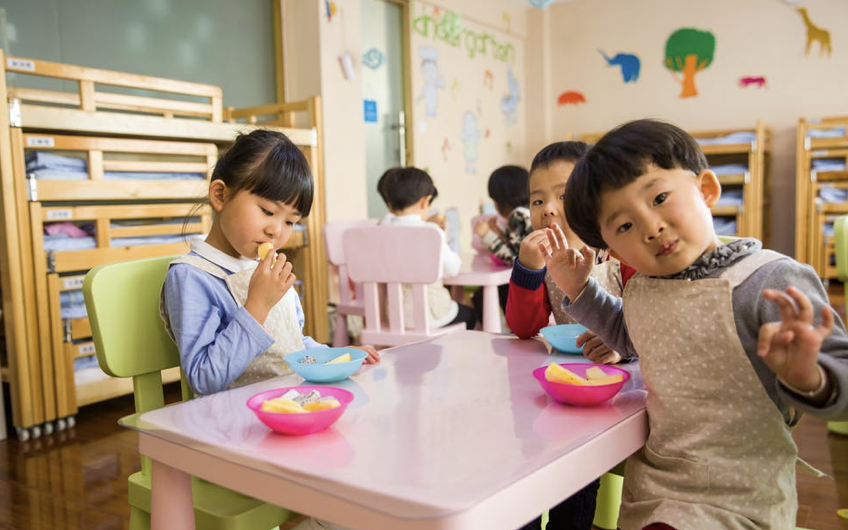 President Joe Biden’s American Families Plan includes a wide array of progressive programs, such as the implementation of free community college and a massive expansion of paid leave. One interesting aspect of the plan is the concept of ‘Universal Child Care’, specifically for children three and four years old. Child care reform is not only incredibly important, but the problem is far worse than most Americans truly understand. By providing free or subsidized child care, the plan can greatly improve the lives of millions of children and families.

In America, many households spend more annually on child care than on their own mortgages. Couples in the United States spend, on average,  25.6% of their annual income on child care; single parents spend a whopping 52.7%. Additionally, the average cost of full-time child care in a facility is around $9,589 a year, which is more than the average in-state college tuition. Child care in America is a mixed economy, meaning that child care facilities may be privately operated (as for-profits or nonprofits) or publicly operated, such as through the federal Head Start program. Because of this system, the quality of child care ranges immensely based on location, socioeconomic status, and many other factors often out of families’ control. The cost is so high that for some families, a parent or caregiver must work only part-time or drop out of the workforce entirely to handle child care themselves; some families are even forced to limit the number of children they can have. Not only does this cause a loss of income, but caregivers who leave the workforce are disproportionately women and people of color, which only widens existing gender and racial wage gaps.

There are many factors that contribute to the exorbitant price of child care. First of all, child care is heavily regulated to ensure the safety and well-being of both children and employees. Regulations like obtaining proper square footage and paying for liability insurance and licensing fees stack up and force owners of child care facilities to compensate by raising prices. The most expensive aspect of child care, though, is labor. All states vary in their specifications, but overall, most facilities require at least one caregiver for every four infants at all times, and sometimes one for every six. While this requirement seeks to ensure that staff is capable of providing care for all children present, it is incredibly difficult and draining to take care of even four, and especially six, infants and/or toddlers. The most puzzling aspect of the high cost of child care, though, is the low wages paid to child care workers: just $11 to $12 an hour compared to the average $29 an hour for kindergarten teachers. Despite the high cost of child care, facility owners have to keep labor wages low since the cost of paying the number of child care workers required can pile up quickly. Research from California found that nearly half of all child care workers relied on public assistance due to their low wages. Even the most passionate child care workers are often forced to seek outside employment, government assistance, or even leave the industry entirely in order to support themselves and their families.

In the American Families Plan, President Biden addresses many of the aforementioned issues. With regards to the low wages of child care workers, the plan establishes a $15 minimum wage. Furthermore, the plan vaguely states that “those with comparable qualifications” in the child care industry should earn the same wages as kindergarten teachers. Overall, the plan dramatically increases the income for child care workers, which should incentivize more people to join the industry and work full-time. Also, the plan dictates that all households will spend less than 7% of their annual income on child care, which is over three times less than the current proportion of 25.6%. Finally, the plan aims to furnish federal funding to child care providers to establish a consistent, high-quality industry standard across the country and decrease the monetary burden on facility owners. According to the American Families Plan, “these investments will give American children a head start and pave the way for the best-educated generation in U.S. history.”

The American Families Plan includes a multitude of programs that would yield major expansions in social services, such as the Universal Child Care program. By providing every child in America with affordable and quality care, families can spend far less time stressing and pinching pennies and more time working for and spending time with their children.