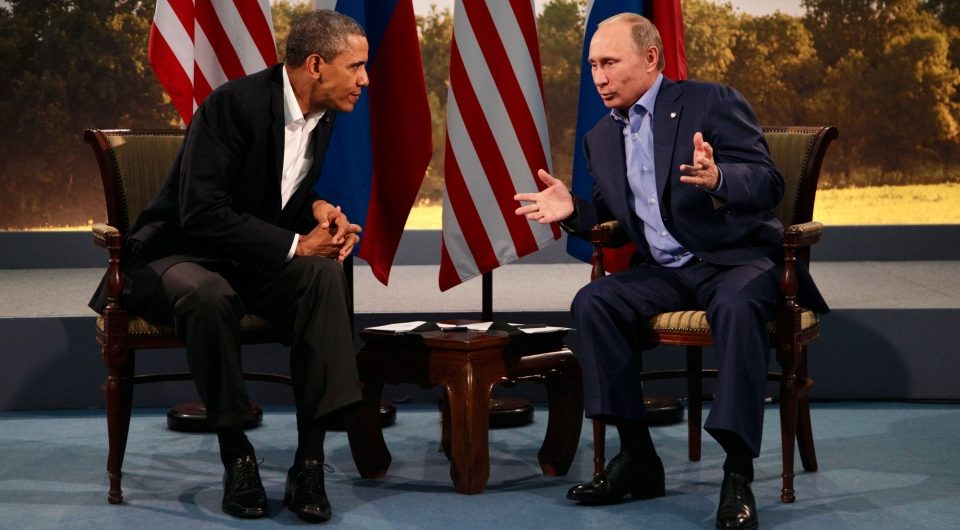 With the city’s medical system strained, the World Health Organization expects that the almost 850 civilians wounded in Aleppo last week will die due to a lack of resources – resources that could have been received if alleged Russian fighter jets hadn’t mercilessly bombed a UN humanitarian aid convoy. Of the 850 helpless civilians expected to die, 261 are children.

These reports have come after one of the most crippling weeks of violence of the Syrian civil war.

With atrocities continuously committed by the Bashar al-Assad regime and Putin’s Kremlin, one wonders why the United States and Western European countries refuse to put an end to the carnage in Syria.

Two crucial reasons for inaction come to mind – Western Europe’s oil dependency and the United State’s lack of political will.

For Western Europe, the crux of inaction is European dependence on Russian oil exports.

As the second largest exporter of crude oil in the world, Russia’s number one customer is Western Europe. A report from BP estimates that Russia imports 296 tons of crude oil to Western Europe each year. This is the largest conglomeration of oil imported by any one country into Western Europe. Western Europe’s dependence on Russian oil is key to understanding their negligence in combatting Putin and Assad’s heinous crimes in Syria. If Western Europe were to pressure Putin out of Syria, Europe would risk the economic repercussions of trade embargoes that could effectively cripple Western markets.

German inaction in Syria is an astute example of the power that oil-dependency plays in halting Russian injustice. Crude oil is the lead import in Germany, and Germany imports the overwhelming majority of its crude oil from Russia. While it would be politically expedient for Chancellor Angela Merkel to force a decisive end to the conflict in Syria, as the refugee crisis has put Merkel in a vulnerable position, her economic dependence on Russia has led to a hopeless dilemma. As Merkel watches oil funnel into her country, Russia continues to target civilian outposts in Syria.

While Western Europe sits on top of its oil shipments, the United States watches as Obama preserves his legacy as a peacemaker, and politicians — and the public alike — are blinded by past regrets.

Since his 2008 campaign, Obama has been padding his peacemaking resume. From his campaign promise of withdrawal from Iraq and Afghanistan and his acceptance of the Nobel Peace Prize, to orders limiting the number of American troops in the Middle East and negotiating a diplomatically-delicate deal with Iran, Obama’s desire to be remembered as the peacemaking president has been evident. This focus on negotiated diplomacy, however, has resulted in only failed ceasefires and augmented violence in Syria.

In addition to Obama’s pursuit to bolster his legacy, the United States currently lacks the political will to devote more resources, time, and troops to the Middle East after its failed intervention in Iraq. No matter how grotesque the violence in Syria might become, the growing isolationist sentiment makes any intervention in Syria unwanted.

Peace is always desirable, but Obama’s yearning to take the path of least resistance in his final months in office and the U.S.’s lack of political and public will has allowed Syria to crumble. Inaction has become antithetical to peace in Syria.

While fear of intensified violence in Syria from direct Western intervention is a valid concern, Russian oil-dependency is not. The United States and Western Europe must act bilaterally to force Putin to withdraw. Economic sanctions and trade embargos would subdue Putin’s aggression, and the U.S. and Europe must agree upon an economic aid plan to stymie any severe economic consequences that Europe might feel.

Oil represents close to 70 percent of Russia’s economy each year. If the West refused to purchase Russian oil, the Russian economy would surely suffer. Politics is personal — if the West implemented sanctions and embargos, Putin would be forced to deal with economic problems at home and suspend any action in Syria.

Oil and politics must come second to re-instilling peace in Syria. Western intervention is needed.