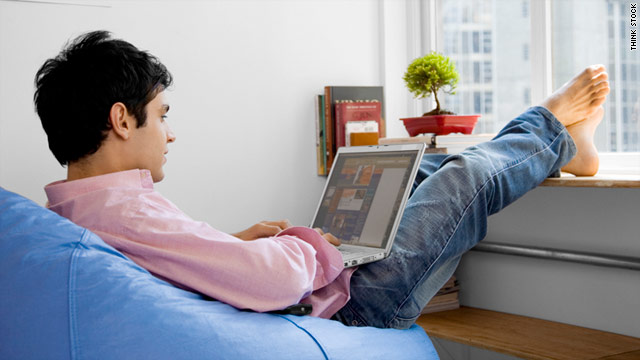 In 2011, William Deresiewicz contested in The New York Times that youth cultures of the past could be defined by two factors: The emotions which they assign the most value and their ideal social form. He used the boom of liberation in the late 1960s as an example, writing “for the hippies, the emotion was love: love-ins, free love, the Summer of Love, all you need is love.” For them, the ideal social form was utopia, “understood in collective terms: the commune, the music festival, the liberation movement.”

Our generation, known as millennials, is defined as the demographic born between the late 1970s and late 1990s, and, in the United States, there are about 80 million of us. The group, according to Deresiewicz, supports an ideal social form that “is not the commune or the movement or even the individual creator as such; it’s the small business.” Our emotion, according to him, is a salesmanesque politeness and pleasantness.

I would take Deresiewicz’s formula a step further by citing external events as a defining factor of gauging a generation. Take, for instance, the reaction of American youth to the Vietnam War, one that resulted in widespread protest. Another example is how the Great Depression and the Second World War molded the Greatest Generation.

The new generation of millennials is confronted with many great crises that must be addressed in our lifetimes, many of which affect the future of humanity. We, as millennials, have been left a great economic burden in the form of our staggering national debt that will most likely be passed onto our generation, the perennial threat of international terror, high youth unemployment, a cascade of foreign policy crises and, perhaps most urgently, the issue of climate change. While some people might view our generation as too immature, and perhaps naïve, there is a great burden of responsibility that has been placed on our shoulders without our choosing. And yet, we will have to be the ones to face these great challenges. Rarely is such a burden placed on a cohort of people. This is why our generation should be known as Generation Responsibility.

Are we up to the challenge?

The answer can be found by examining how millennials are addressing these issues already. Millennials are far more willing than past generations to support the development of alternative forms of energy, such as solar, wind, and hydrogen technology, versus the burning of fossil fuels. Most say that stricter environmental regulations are worth the economic cost; and millennials want the government to become more involved by creating tax incentives to buy alternatively-fueled cars, and for direct funding of the development of alternative sources of energy. On the contrary, while millennials are overwhelmingly pro-environment, they are more likely than previous generations to admit to have made no personal effort to help the environment.

On foreign policy, millennials are much more deferential to using diplomacy instead of military force. Two-thirds of millennials believe that using military force as a crutch only creates hatred that will only lead to more terrorism. This is contrasted to only 41 percent of those over the age of 65 who share this view. A majority of millennials also favor a multilateral stance over a unilateral stance, preferring to take our allies into account, even if it means compromise. Most Millennials — in fact, 62 percent of us — believe it is acceptable for an individual to refuse to go war if they find that war is morally unjustifiable. This would imply that millennials are against the possibility of a military draft as well.

Growing up in the midst of the Great Recession, as well as numerous Washington budgetary showdowns, has made Millennials more fiscally responsible than their parents — a reaction similar to the generation born during the Great Depression.  According to a study conducted by UBS, a Swiss bank, millennials are more likely to keep their financial portfolios largely made of cash, rather than precious metals, stocks bonds and other materials. According to the study, millennial believe cash is a far more stable than other investments.

Further, 57 percent of Millennials believe that they have already achieved financial success, while only 18 percent of Baby Boomers and 21 percent of the Great Generation believe their children currently have or will have as much financial stability as them. Perhaps Millennials have a different image of success, though, considering 36 percent of all millennials live at home with their parents. These trends reflect changes in college enrollment, an economy that was particularly harsh on Millennials, and a decline in the number of young people getting married. But despite the tough hand dealt to them, hard work is still considered the number one path to success for Millennials.

With Millennials we begin to see a picture of an emerging generation that is more socially liberal, eco-friendly (at least in principle), more globally cooperative and fiscally conservative. They are a product of their times, and are willing to try things differently than past generations.

I have mixed feelings about how our generation will deal with the crises we face. I am optimistic that we will be able to become more fiscally responsible than our parents’ generation, but I am troubled by our lack of initiative in addressing climate change and a naiveté about global affairs. Perhaps this is a passing phase, a period that all young people go through.

We know that when the government tries to pick winners and losers in the energy market, it does not always work out.  A more laissez faire energy market would prevent the spread of crony capitalism and a monopoly on alternative energy. The government can take a role by providing for basic energy research that can expand the energy market, and provide broader solutions to our energy and climate issues. The government can move to provide opportunities for millennials trapped at home with their parents. One thing we could is support vocational schools that provide students with a set of skills they need to perform the tasks of trade industries, many of which are in demand. Millennials are the most educated generation in American history, yet most are overqualified for the jobs they’ve acquired after graduation.

Gaylord Nelson, an American politician and prominent environmental activist, said “The ultimate test of man’s conscience may be his willingness to sacrifice something today for future generations whose words of thanks will not be heard.” We have the means of achieving our goals, but we must first find the courage within ourselves to confront these issues head on.