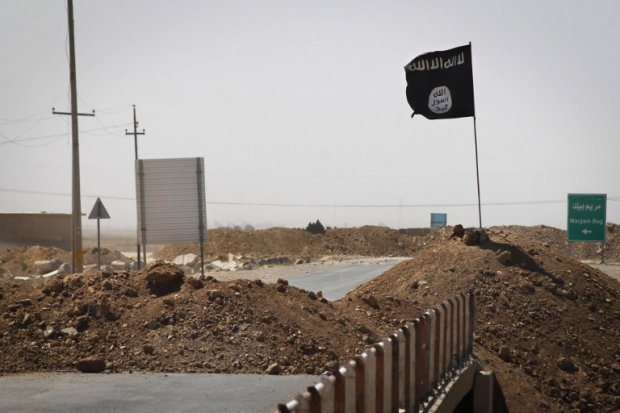 Serving as Prime Minister of the United Kingdom from 1957 until his resignation in 1963, Harold Macmillan was a Conservative pragmatist who arguably faded from popular memory, eclipsed by the towering shadows of figures such as Margaret Thatcher or Winston Churchill. To the astute, however, he is remembered beyond his record as PM for delivering what is arguably one of the most memorable responses delivered by a politician. Upon being asked by a journalist what he thought would be most likely to derail his government, Macmillan replied in his characteristic wit: “Events, dear boy, events”.

After nearly six years of influencing international affairs, attempting to shape the world stage in their image, the Obama Administration must come to terms with the fruit of their labors and deal with just that—events. Recent developments in Iraq in particular have not boded well for US National Security, the regional stability of the Middle East, or the legacy of an Administration that once prided itself on closing the door on one of America’s most prolonged foreign entanglements. The rapid resurgence of radical Islamic militants coupled with an ill-prepared and systemically dysfunctional Iraqi military, headed by a burgeoning democracy led by a man in over his head created a diplomatic storm on a crash course with American international aims.

Marching under the banner of a black flag, the Islamic State of Iraq and the Levant (ISIL) made rapid territorial gains, gaining control of numerous Iraqi towns including the country’s second largest city, Mosul. ISIL continued to press against what was quickly being revealed as a house of cards and made progress towards the capital of Baghdad with little consistent resistance as the undisciplined Iraqi military rampantly faltered. Former Prime Minister Nouri al-Maliki was facing down both radical Islam and an Iran demonstrably willing to mobilize and deploy Revolutionary Guard units to meddle in the affairs of her neighbor. From both a pragmatic and a more symbolic perspective, the situation looked grim.

Fast forward to the present, and the scene facing President Obama isn’t altogether that much better. ISIL has re-named itself as simply the Islamic State and has staked a claim to the recreation of a long sought after Islamic Caliphate (a long sought after pillar of the group’s ambitious transnational aims). A targeted air campaign and deployment of hundreds of military advisors have so far led to counter-offensive gains by joint Kurdish and Iraqi fighters, including the re-capturing of the Mosul dam. Unfortunately, the victories seem hollow amid such horrific tragedies like the viscerally brutal execution of American journalist James Foley and statements made by Secretary of Defense Chuck Hagel that ISIL is: “beyond anything we’ve seen”. Even President Obama himself has expressed doubt that limited intervention could effectively deal with an organization that Joint Chiefs of Staff Chairman Martin Dempsey stated: “has an apocalyptic, end-of- days strategic vision and which will eventually have to be defeated.”

The United States must reinforce her commitment to Iraq and uphold the unique obligation she now holds to the country after the toppling of Sadam Hussein and the abysmal failure to secure a renewed SOFA agreement in 2011. Failing to do so would not only be a grave injustice to the men and women who shouldered the burdens of our past involvement, but would cost the US dearly in terms of national security and regional influence. In the absence of adequate Western aid, the Iraqi government (now helmed by Prime Minister Haider al-Abadi) might be forced to turn to the next viable option to ensure its solvency—Iran.

Tehran would pursue any opportunity to influence Iraq with alacrity, and further its goal of a Shiite Crescent stretching from Iran’s own borders, through Iraq and Syria, all the way to the coasts of Lebanon. Allowing the Iranian regime to gain regional hegemony would be a detrimental blow to United States interests in the Middle East and the security of our few allies in the area, such as Israel.  The alternative scenario has the potential of being much worse, with the Islamic State becoming a more stable fixture and providing both a bright beacon and a vast training ground for radical Islamic militants bred by an organization that has adequate funding, effective structure, and brutal international ambition.

What is needed, then, is for President Obama to reconsider all military, diplomatic, and economic options and quickly put forth a comprehensive strategy that does not rule out escalated force. A partial deployment of Special Operations assets and mobile light-infantry regiments, like that of the US Army Rangers in conjunction with the already in place air campaign and deployed military advisors, could be enough to provide a flexible hybrid force capable of facing the dynamic and fluid tactical situation with effectiveness, while giving the Iraqi government breathing room to consolidate and capitalize on Kurdish-assisted gains. A comparatively small investment now would avoid the need for much costlier entanglement later if ISIL is allowed to mature and thrive. Then, as the threat is contained and dealt with, we can work towards political reforms that need to happen before Iraq can become a self-sufficient and secure state allied with the United States which would be a long-term boon to US interests and democratic ideals alike.

All of this needs to be accomplished in a timely fashion in order to project a strong and consolidated image on the world stage, as well as to remedy a foreign policy approach that Former Secretary of State Hilary Clinton criticized as lacking: “an organizing principle”.  President Obama needs to avoid being handicapped or defined by recent gaffes that have projected images of detachment and incompetence respectively in order to make the sound and decisive calls that are needed to address the growing threat. Only time will tell if he has the mettle to rise to the occasion.