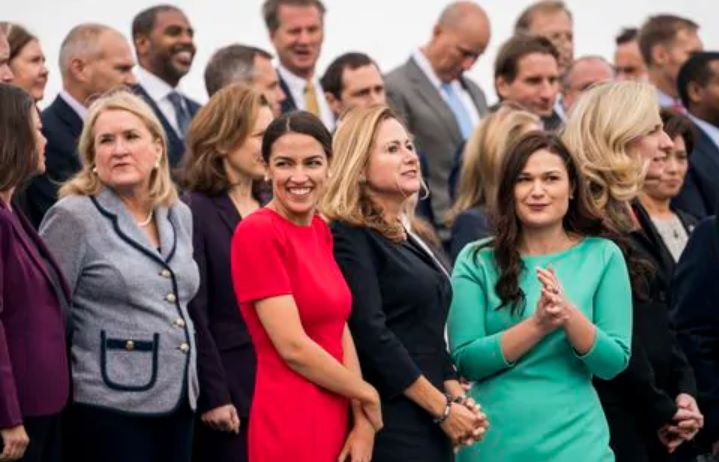 If you are a straight, white, cisgender, able-bodied man or woman, it is likely that you have never given diversity much thought because you have always been represented. You have always shopped in a store, turned on the TV, or read a book wherein the names and faces match what you see when you look in the mirror. For many people, this is not reality. Occasionally LGBT and non-white people are given a bone – as if to say, “here, now stop complaining” – but the amount of times in which diversity in media is equal to diversity in reality is few and far between. It is crazy that, in 2018, we still have to advocate in favor of diversity and representation when its positive effects have been proven time and time again. According to the sociological study “Living with Television” conducted in 1976 by George Gerbner and Larry Gross, lack of representation signals to children that because they do not appear on television (and in other forms of media), they do not matter. It is wrong that only the children who identify with the aforementioned group of straight white people should be taught that they are important.

In many aspects of life, the majority population receives recognition and is accessible to the public, while minority groups are given token roles. In this context, majority and minority do not solely refer to population statistics, but rather the hierarchical structures in society. This means that, while the United States is approximately 50% men and 50% women, the male population is the majority because they have more social, political, and economic power. LGBT and non-white people are also considered minority groups. There is no debating that straight white men hold most of the power in the world, and therefore, they hold leading roles in government, television, film, music, comedy, and almost every other professional setting.

Consider the recent controversy surrounding the Victoria’s Secret fashion show. This November, the lingerie company filmed their annual fashion show which will air this December. On the day of the show, Ed Razek, chief marketing officer of L Brands, and Monica Mitro, executive vice president of public relations at VS, gave an interview with Vogue in which they addressed the lack of diversity in their show. Razek said, “I’m always asking myself: If we do that, what is the reason we did it? Why did we include that person? And did we include them to shut up a reporter? Did we include them because it was the right thing to do or because it was the politically correct thing to do?” Razek also acknowledged the possibility of including transgender or plus size models by merely saying, “If you’re asking if we’ve considered putting a transgender model in the show or looked at putting a plus-size model in the show, we have.” In the 23 years that the fashion show has been produced, not a single model has been plus-sized or trans, and this does not sound like a head of marketing who has any future plans to expand the face of the brand to anything more than what it is now.

In the interview, Mitro and Razek referenced Rihanna’s Savage x Fenty show which included model Slick Woods, who walked the runway and gave birth later that night. Rihanna embraces diversity in skin tone, ethnicity, size, and the uniqueness of every individual woman. Her endeavors in beauty and fashion continue to succeed, contradicting the belief held by many brands that only a narrow variety of women are appealing to consumers. L Brands, the parent company of Victoria’s Secret who is down by 47%, according Business Insider as of last May, would do well to be more inclusive since diversity is, in fact, profitable. When a brand appeals to more people, it would make sense that more people would want to give that brand their business. Aerie, for example, launched their #AerieREAL campaign in 2014 in an attempt to encourage body positivity in an industry where women are typically expected to look a specific way and fit a small range of bra and clothing sizes. Aerie does not retouch their photos, hires models of all sizes, ages, and races and, in 2018, has expanded their brand to include women with disabilities and various illnesses such as diabetes and Down syndrome. In comparison to L Brands’ first quarter sales, AEO, the parent company of Aerie, “posted a 9% growth in revenues and a massive 44% improvement in earnings,” according to Forbes. Even if for some reason you want only skinny, white, able-bodied women marketing your active-wear and underwear, you cannot deny that diversity makes sense from a business point of view. And brands claiming that plus-sized or trans women do not fit their market, or that those models do not help to sell product, is simply unacceptable when considering that beauty is absolutely subjective. Every individual person reacts differently to ad campaigns, meaning it is impossible to assert that marketing teams can ensure that no consumer will react positively to an ad including plus-sized, trans, or even dark-skinned models. At the very least, it cannot hurt to try inclusivity. The numbers will speak for themselves.

But fashion is only the beginning when it comes to representation in the media. The #OscarsSoWhite hashtag was not started just to generate memes – the lack of diversity in films and film-making has long been an issue in Hollywood. And, of course, the lack of diversity in Washington D.C. is an uphill battle for everyone who wants to see some actual representation in their representatives. The 2018 midterm elections provided small victories for champions of diversity. Jared Polis was the first openly gay man to be elected to a governorship. Alexandria Ocasio-Cortez is Puerto Rican and will be the youngest woman to ever serve in Congress. Sharice Davids is a lesbian from Kansas who is also one of the first Native American women to be elected to Congress, along with Deb Haaland. Rashida Tlaib and Ilhan Omar will be the first Muslim women to serve in Congress. There seems to be too many firsts considering it is 2018, but an increase in diversity in government has never been more important. If the United States is supposed to be a representative government, why should our elected officials not reflect the plethora of identities that make up our country? We cannot have only straight white men making decisions for us.  We cannot have only straight white men making decisions on who stars in our favorite movies and TV shows, what music gets made and played, and who gets to model million-dollar lingerie sets on TV once a year. Representation matters because every person matters, and deserves to experience the visibility that so many people take for granted.