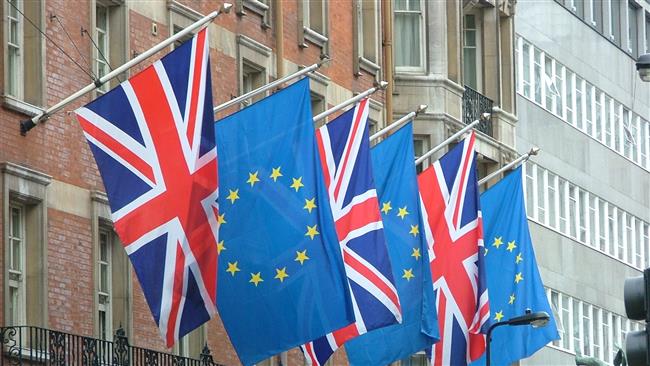 The issue of Britain remaining in the European Union and the consequences of a potential British exit — sometimes shortened to “Brexit” — from the European Union, have come to the forefront of public debate with the upcoming referendum vote this June. While some say that Britain’s egress from the EU would benefit it economically, others argue that the opposite is true, and that there would be detrimental economic consequences for Britain and Europe.

In truth, the issue is much more complex and multifaceted. A possible Brexit must be looked at in terms of its socioeconomic consequences on immigration, the job market, and trade; even more so, its political effects on British sovereignty must be assessed. If Britain does decide to leave the European Union, it should at least be aware of the serious consequences it could have on its relations with Europe, both in the long and short term.

It has been claimed through the last coalition government, and the Labour government before that, that 3-3.5 million jobs depend on Britain’s membership within the European Union. This estimate is based upon “the assumption that the share of UK employment linked to trade with the EU is equal to the share of total UK value added (GDP) generated in the production of goods and services exported to the EU.” This has been exaggerated, perhaps for political purposes. Britain’s membership in the European Union almost has no effect on the number of jobs lost in the UK, as long as trade relations with the continent remain normal. Thus, if the UK withdrew from the European Union, these jobs would remain secure, permitted that trade relations remained stable.

The overall effect of EU membership, especially withdrawal of EU membership, on the UK economy is very hard to determine with empirical data. Some studies have tried to assess the impact of EU regulations affecting businesses — the EU being able to pass legislation on matters such as product specifications, competition, employment terms, health and safety, and consumer protection — using Impact Assessments (IAs). Looking at the regulations produced by the European Commission, the British Chambers of Commerce came to the conclusion that the costs of EU membership annually were £7.6 billion, costing Britain £60.8 billion in total since 1998. Both studies reached a consensus that the “Working Time Directive, the Pollution Directive, the Data Protection Directive and the Directive on the Sale of Consumer Goods” were the most expensive regulations.

While some are skeptical of immigration, the data of the potential economic effects due to immigration are inconclusive. In 2008, the House of Lords launched an inquiry into the impact of immigration on the standard of living. The study reached the conclusion that immigration had a positive effect of 0.15 percent per year on the GDP per capita of the native population in the decade up to the year 2006. As for wages and employment, the data finds that immigrants neither displace native workers, nor lower their wages. There is some evidence, however, that immigration can impact you more depending on how much you earn. Focusing on the period from 1997-2005, it has been found that for every one percent increase in the migrant working- age population lowered wages by 0.6 percent for the lowest five percent of paid workers, a decline of 0.4 percent in the bottom 10 percent, and an increase in wages for top earners. Research into the effects of immigration on public finances has yielded the conclusion that migrants’ fiscal contributions while negligible are positive.

Perhaps no economic issue would be impacted more by a British departure than trade. Trade within the Single Market is a vital component of the British economy, and a lack of access to the Single Market could destabilize it. In 2014, £227 billion of goods and services were exported from the United Kingdom to the EU, equivalent to 44.6 percent of all UK exports. UK imports from the EU are valued at approximately £288 billion, 53.2 percent of all British imports in 2014.

This makes the EU the UK’s largest trading partner by far, and a potential British exit could disrupt this valuable commerce. However, some have claimed that the UK’s trade with Europe might be exaggerated by what is called the Rotterdam Effect. This is essentially caused when British goods that are being exported to non-EU nations but first pass through Rotterdam and are then considered trade with the Netherlands. By accounting for trade with the Netherlands, the Rotterdam effect might not as substantial as previously thought. With all of Dutch trade accounted for, 42.5 percent of all British exports and 46.7 percent of imports would still be going to the EU.

If the British could negotiate a Swiss style of trade, or other non-EU EEA members, this might leave the UK in a slightly more adventitious position than an agreement negotiated through the WTO. This would leave Britain access to the Single Market, but would impose other forms of regulations upon it.

The first of these sorts of regulations would be known as “rules of origin” regulations. Essentially, once a product is through the external EU tariff, it does not face any more barriers. This does not hold if the product came through an EEA nation, as the product would face tariffs as it enters the non-EU EEA nation and then again once it enters the EU. Theses countries would still also face anti-dumping regulations and other non- tariff barriers, such as the 16 percent duty imposed by the EU on Norwegian salmon. Finally, Britain would face restrictions on the services trade, which would particularly hurt the financial sector.

Now comes the question of how much political sovereignty Britain would gain back by the leaving the European Union. To assess how much power would devolve back to Parliament, I thought it would be prudent to look at a few, key policy areas that currently rely on the EU.

One of these policy areas is employment, which relies heavily on EU law. After withdrawing from the European Union, the UK government would be pressured by employers’ associations to reform controversial European provisions, such as the Working Time Regulations 1998 and Agency Worker Regulations 2010. In terms of law, the EU Charter of Fundamental Right, or other human rights obligations in the EU treaties would now longer bind the UK.

The UK would also gain a lot of leeway over consumer protection policy, which is currently almost exclusively made at the EU level. Even some aspects of healthcare policy- such as pharmaceuticals, working hours of doctors- would no longer be regulated by the EU, but now by the UK.

If or how the UK departs from the EU after June’s vote, the consequences of a British departure would not be small for neither the UK nor the EU. Any decision would come down to series of tradeoffs that could seriously jeopardize Britain’s position in the Single Market. The British people must ask themselves if gaining more policymaking-power is worth the cost of leaving the Single Market, or staying in a Single Market where they can no longer influence how that market’s rules are made.